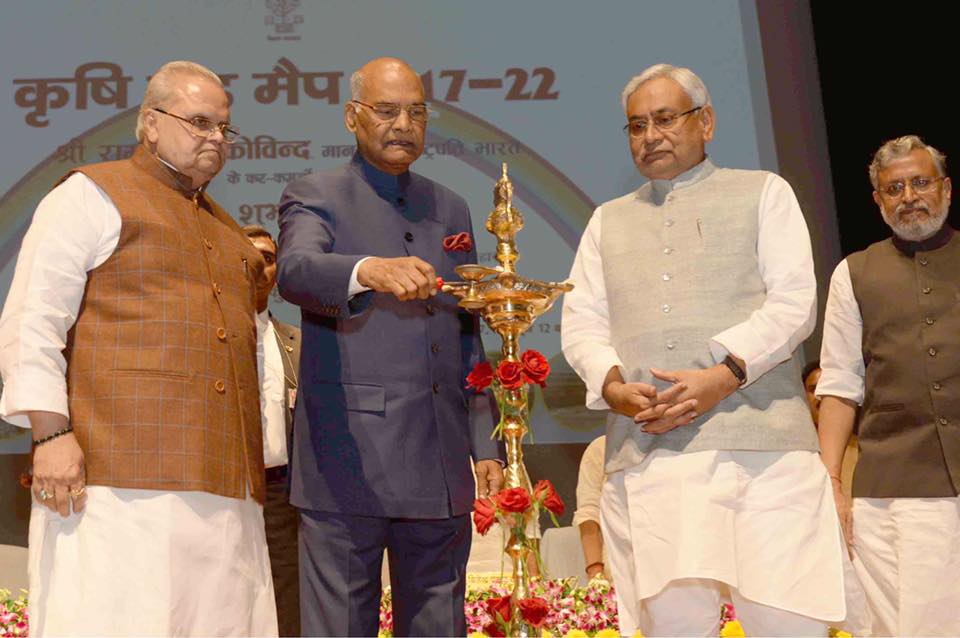 Patna: President Ram Nath Kovind, launched the Bihar Krishi Road Map 2017-2022 in Patna today.
Speaking on the occasion, the President said it was a moving and emotional experience for him to come to Bihar for the first time as President of India. He would always remember the regard and affection received from people of all sections and regions of the State during his tenure as the Governor of Bihar.
The President stated that the centenary year of the Champaran Satyagraha is being commemorated from April 2017. As such this was the best time to introduce the new ‘Agricultural Road Map’ in the interests of farmers. Mahatma Gandhi had emphasised through the Satyagraha that farmers are at the centre of Indian life and policy making. And this remains true even today.
The President said that the Government of Bihar had launched the first ‘Agricultural Road Map’ in 2008 after consulting farmers, agricultural scientists and other stakeholders. The 2017 road map is the third. It provides comprehensive and coordinated plans for the development of agriculture. All concerned Departments have been directed to design their policies keeping the welfare of farmers in mind. This is a fundamental change. The President expressed confidence that the 3rd Agricultural Road Map’ released today will further energise the agricultural sector’s performance in Bihar and empower the farming community.

President of India to visit Madhya Pradesh on November 10 and 11, 2017