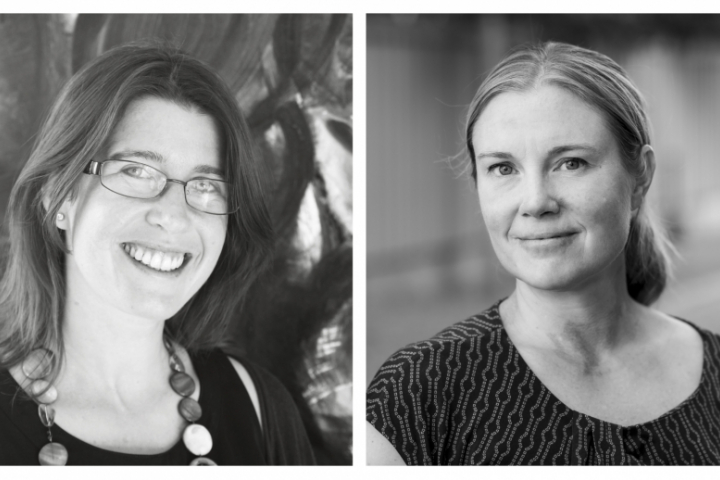 One wants to shed new light on mysterious dark matter. The other wants to understand how tendons are constructed and how they heal after an injury. Researcher in particle physics Caterina Doglioni and professor of biomedical technology Hanna Isaksson are now receiving SEK 40 million from the European Research Council (ERC).

Caterina Doglioni, assistant senior lecturer in particle physics, is receiving around SEK 20 million to build up a research team over five years. The aim is to look for new particles that could offer clues about the mysterious dark matter that constitutes 85 percent of matter in the universe ­­– something which has baffled the world of research for many years. These efforts will be undertaken using the ATLAS detector of the Large Hadron Collider (LHC) at the CERN research facility in Switzerland.

The aim of the project, which is now being awarded the ERC Consolidator Grant, is to gain a deeper understanding of what makes up dark matter, but another goal is to try and produce entirely new particles at the LHC that could prove to be a bridge between known matter and dark matter. This complex work will involve collecting and analysing the enormous amounts of data produced by the LHC. Using a new technology that is now being developed by Doglioni’s team, they can start analysing these huge amounts of data within a year.

“Obviously I hope to find new particles linked to dark matter, but even if it doesn’t turn out that way I believe it will give us new clues as to where we should direct our spotlight to catch sight of these elusive particles in the future”, adds Doglioni.

Hanna Isaksson, professor in biomedical technology, leads a research team in biomechanics and mechanobiology focused on skeletal tissues, that is, the skeleton, cartilage and tendons. They work on issues relating to different diseases and/or regeneration of tissue following an injury.

The new project is focused on heel tendons. The researchers will study both intact heel tendons and heel tendons recovering after a rupture, and will also try to understand how strain on the tendon affects the healing process. Many of the experiments will be carried out at synchrotron facilities such as MAX-IV.

“Our tools come from materials science and mechanics. We combine experiments to characterise the tissues at organ-level right down to molecular level to understand how they are constructed and how they get their unique function. The experimental measurements form the basis of development and validation of calculation models”, she explains.

Being awarded a grant from the ERC means a lot.

“It provides our research with financial stability and means we can expand the research team by a couple of people over the coming year. The ERC has also developed a clear mark of quality over the years, which makes things easier for researchers in many other contexts”, adds Isaksson.