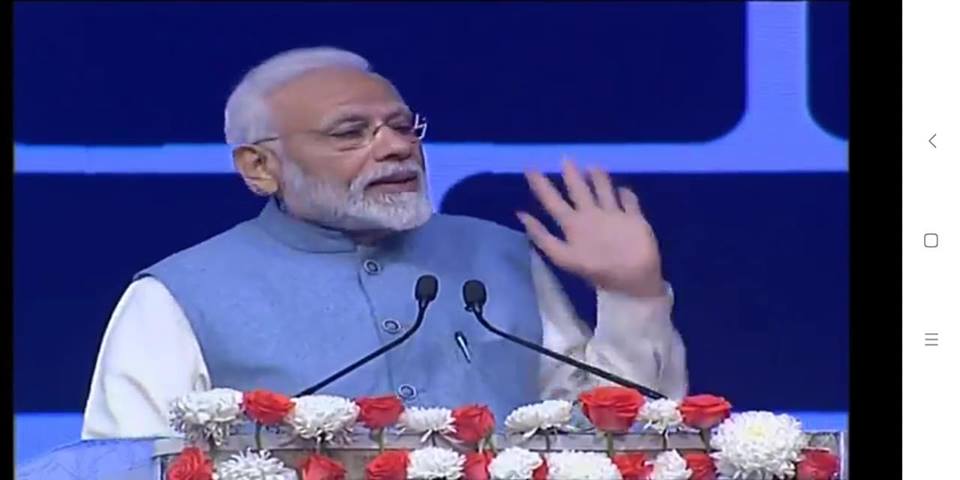 New Delhi: Prime Minister Narendra Modi, today, addressed the CREDAI YouthCon-2019, at Talkatora Stadium, in New Delhi.
Addressing the gathering, Prime Minister said that work is progressing at a fast pace to ensure that every homeless person has a house by 2022. He said that around 1.5 crore houses has been built through PM Awas Yojana, out of which 15 lakh houses were built for the poor in urban areas. He added that under the present Union Government, there is transparency in the entire process. He mentioned that when a Government frames policies with the right intent, it will result in the elimination of corruption and better results.
The Prime Minister said that Real Estate Regulatory Authority (RERA) has strengthened the trust between the customers and the Real Estate Developers. He said that RERA has been notified in 28 states. More than 35000 Real Estate Projects and 27000 Real estate agents have registered under RERA, and lakhs of flats are being built, PM said.
Speaking about quantum jump in Ease of Doing Business rankings in the past four years, Prime Minister said that Government is committed towards ensuring Ease of Doing Business in India. In this context, he mentioned that all Government permissions, including construction permits are being issued faster than before.
The Prime Minister talked about the tax reforms initiated by the Central Government to aid the housing industry and home buyers. He mentioned about the reduced GST rates for various construction items. He also spoke about the income tax benefits introduced for middle class in the recent Budget. He said that the cumulative effect of these initiatives will help the housing sector and the home buyers.
The Prime Minister complimented CREDAI for their contribution in fulfilling the dreams of ordinary citizens of owning a house. He said that the YouthCon is happening at a time when a ‘New India’ is being shaped. He said that youth of the nation has an important role to play in charting a New India.
Earlier, the Prime Minister visited the exhibition organized by CREDAI at Talkatora Satdium.