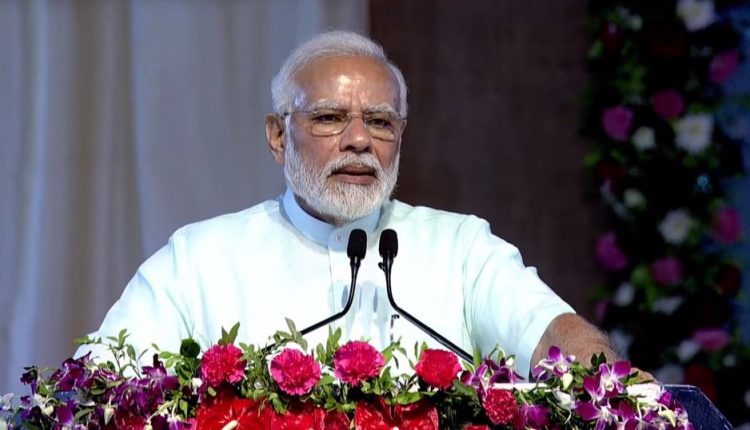 Ahmedabad: Prime Minister Narendra Modi has inaugurated the headquarters of Indian National Space Promotion and Authorisation Centre IN-SPACe at Bopal in Ahmedabad, Gujarat. Speaking on this occasion, Prime Minister Narendra Modi said that space-tech is about to become the basis of a major revolution in the 21st century. He said that space-tech is now going to become a technology not only of distant space but of our personal space.
Prime Minister Modi assured that this process of reforms in the space sector will continue uninterruptedly. He said that the future of humanity is in development. There are two areas- Space and Sea- going to be most influential in the future. He said that IN-SPACe is for space, for pace and for ace. It will give an opportunity to the youth to showcase their talent to the best minds of India. He said that IN-SPACe will create great opportunities for all in the government and private sector.
Mr. Modi said that by reforming the space sector by freeing it from all restrictions and supporting the private industry through IN-SPACe, the country is starting a campaign to make it a winner. He said that it is our endeavor to create a maximum Ease of Doing Business environment for the private sector so that it helps the people equally in the Ease of Living. He said that we saw this emotional solidarity of India during the Mission Chandrayaan. He said that our space mission becomes the mission of the mind of the people of the country.
The several MoUs- Memorandum of Understanding- also signed between IN-SPACe and private sector companies working in the field of space based applications and services on this occasion. IN-SPACe was announced and established in June 2020. It is an autonomous and single window nodal agency in the Department of Space for promotion, encouragement and regulation of space activities of both government and private entities. It will also facilitate the usage of ISRO facilities by private entities.