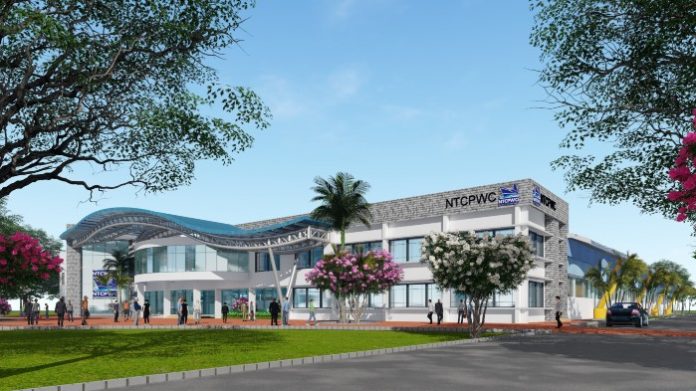 Thanks to the generosity of the late Hon’ble Chief Minister of Tamil Nadu, Dr. J. Jayalalithaa, IIT Madras was allotted 163 acres of land in 2017 at Thaiyur, which is located about 36 km from the main campus at Guindy.

This satellite campus of IIT Madras will host state-of-the-art standalone Research Centres with large dedicated facilities and will have its own support infrastructure such as hostels for the research scholars and fellows, common instrumentation laboratories, and conference facilities, among other amenities.

Research activities at IIT Madras have grown exponentially during the last decade. These activities got a boost after it was declared an ‘Institution of Eminence’ in 2019. Fuelled by the research successes in several fields, large research centres are being funded by various ministries and agencies of the Government of India as well as industry sponsors. Many of these centres require dedicated facilities to be created, which in turn require space.

Given the rapidly expanding research footprint of IIT Madras, and the need to create world-class research facilities quickly over the next decade, the satellite campus at Thaiyur has been planned primarily as a research campus. After the pioneering IIT Madras Research Park established in 2010-2017, the IIT Madras Discovery Campus will be next iconic facility to be created by IIT Madras.

Two research centres have already been planned for the Discovery Campus and would be operational by end of 2021.

These include the National Technology Centre for Ports, Waterways and Coasts, which is funded by the Ministry of Ports, Shipping and Waterways, Government of India. It will house the country’s first large (95mx65m) ‘Shallow Water Basin’ facility for coastal and estuarine research and industrial applications. This basin can emulate the entire Gulf of Kutch or the mouth of the River Hoogly, for example. The Centre will also have a 360-degree (ship’s) bridge simulator dedicated for studies involving operations at all major Indian ports.

The second research centre to come up in the Discovery Campus is the ‘Solid Propellant Combustion Modelling Facility’ of the Centre of Propulsion Technology, which is funded by Defence Research and Development Organisation (DRDO). This Modelling Facility will be the first facility to be established under the Centre of Propulsion Technology at IIT Madras.

These research infrastructures will make the Discovery Campus a magnet for the most exciting advanced research being carried out anywhere, and a beehive of discovery. The campus will see a steady stream of international scientists and students.

Along with the unique Main Campus and the IIT Madras Research Park, the Discovery Campus of IIT Madras will take IIT Madras to the top of the league among the universities of the world.