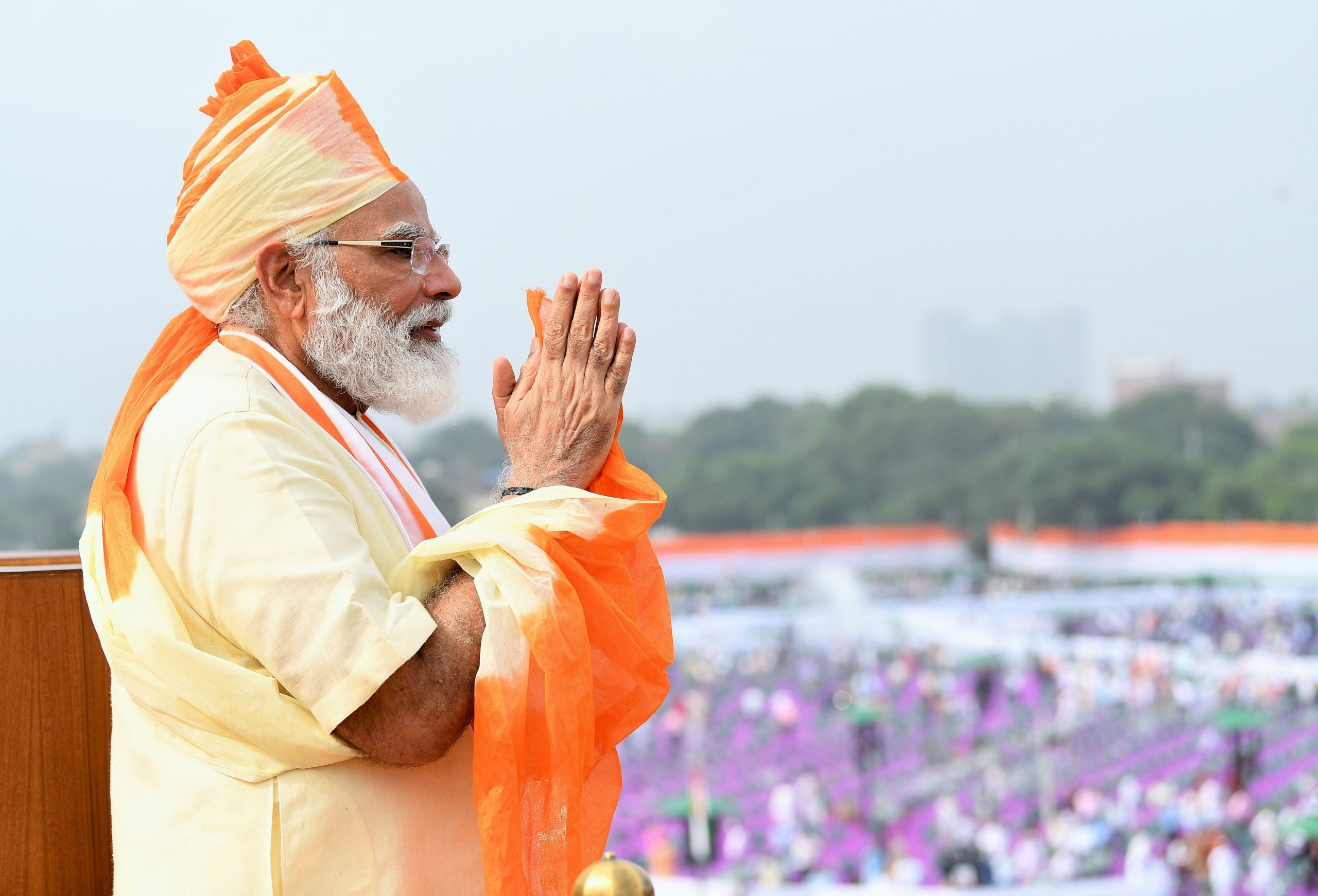 New Delhi: The ongoing COVID-19 pandemic and India’s simultaneous graded and pro-active approach that made the country “Atmanirbhar” found a place in the Prime Minister’s address to the Nation on the 74th Independence Day, as he highlighted the accomplishments of the Central government in the field of health.

Expressing his condolences for families who lost their loved ones to the disease, he said that India’s Corona warriors need to be applauded as they have exemplified the mantra “Seva Parmo Dharma.” The Prime Minister reassured the nation that “we will win against corona. ‘Strong will’ will lead to victory”.

He highlighted the ‘Atmanirbhar Bharat’ spirit of the country that has resulted in achieving self-reliance amid COVID-19. He said that the country is now producing PPE kits, N95 masks, ventilators etc., which were not being manufactured domestically. The increase in production capacity of such world class items also echoed in his call “vocal for local”.

Speaking from the ramparts of the Red Fort today, the Prime Minister highlighted the country’s steady escalation of its COVID testing capacity “From merely one lab we have today more than 1400 labs across the country. We were earlier conducting just 300 tests on a day; today we are conducting more than 7 lakh tests in a day. We have achieved this in a very less amount of time”, he stated.

In his Independence Day address to the nation, the Prime Minister mentioned about India’s strategy for development of the Corona Vaccine. He stated that sscientists are working on this mission with strong determination. Presently, three vaccines are in different stages of testing. As soon as the scientists give a nod, mass production shall commence. A blueprint for the production and distribution of the vaccine is also ready, he added.

Expanding on the country’s push for increased capacity in Medical Education and Health Infrastructure, Prime Minister stated that the new AIIMS and medical colleges will strengthen the medical infrastructure in the country. We have added more than 45,000 seats in MBBS and MD courses, he added. The Prime Minister also appreciated the role played by the Ayushman Bharat health & Wellness Centres (HWCs) in provisioning of non-COVID healthcare services during the ongoing pandemic. Of the envisaged 1.5 lakh HWCs, one third are already active, he said. He also expressed confidence that Ayushman Bharat Pradhan Mantri Jan Arogya Yojana (PMJAY) will improve the effectiveness of services in the health sector.

Announcing the National Digital Health Mission, Prime Minister said that a Unique Health ID will be provided to every citizen which will have details of the diseases, diagnosis, report, medication etc., in a common database through a single ID.