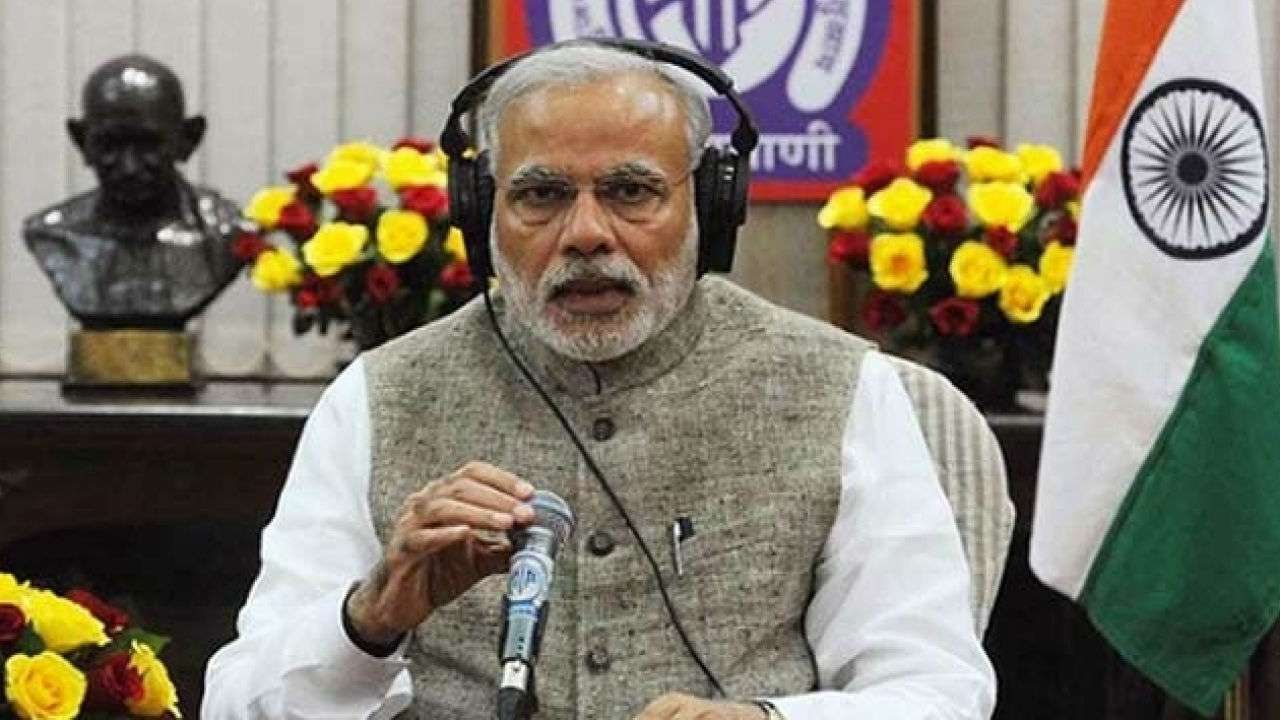 Prime Minister @NarendraModi stressed that science,technology should be used for welfare of humanity

New Delhi: Prime Minister Narendra Modi today stressed that science and technology should be used for welfare of humanity and to reach the highest peaks of human life. Addressing the 41st edition of monthly Mann Ki Baat programme, the PM also said that spirit of inquiry is the real inspiration behind scientific discoveries. He also said that all the renowned names in the field of science have successfully converted failures into strengths.

Among other topics that PM Modi talked about in his ‘Mann ki baat’ programme was the need for women-led develoment, ‘Gobar Dhan Yojana’, safety values and beginning of a new era of development.

PM Modi appreciated the wmen power leading the develoment in India in his ‘Mann ki baat’ programme, and said that it is the responsibility of everyone of us to ensure gender equality in social, economic & every other sector. PM Modi said that women have taken the country & society to a new height.

In 41st edition of Mann ki Baat, PM talked about ‘Gobar Dhan Yojana’ under which villagers and farmers will be encouraged to see dung & garbage not only s waste, but also as a source of income. He said the scheme will help in keeping the villages clean, animals healthy & increasing the productivity.

PM expressed happiness over power reaching three villages of Elephanta island, 70 years after independence. Congratulating the administration & public, PM said that it’s not only about the electrification of Elephanta villages & caves, but beginning of a new era of development.

PM greeted the people of country for Holi – the festival of colour. and said that Holika Dahan holds equal significance as colours as it is the day to destroy evils in fire.

Lauding the role of women power for assuming leadership roles in development of the country, Prime Minister Modi said dream of a ‘New India’ includes women who is empowered as well as equal partners in development process.
PM Modi also highlighted that impetus is being given on turning ‘waste into wealth’ and ‘waste into energy’ for benefits to rural India. He also said that, ‘Gobar Dhan Yojana’ announced in the Budget is aimed at making villages clean and generate income and energy through compost.

21st National Conference on e-Governance to begin tomorrow in Hyderabad