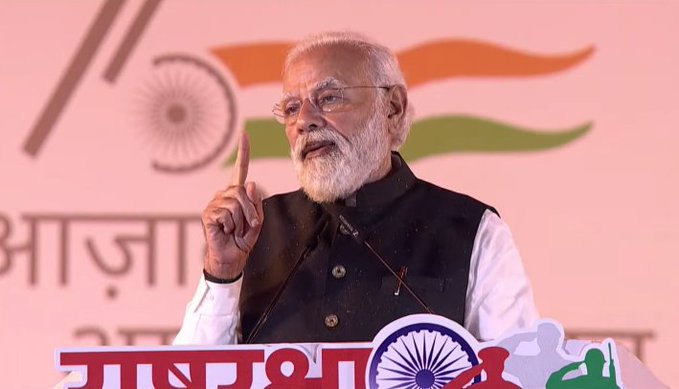 Prime Minister writes to Dehradun student Anurag Ramola, impressed by the student’s understanding of the issues of national interest at a young age

New Delhi: Prime Minister Narendra Modi keeps on boosting the morale of the country’s young generation, especially the students, by establishing periodic dialogues with them. Be it ‘Mann Ki Baat’, ‘Pariksha Pe  Charcha’, or personal dialogues, Prime Minister Modi has always encouraged the youth by understanding their concerns and curiosity through various mediums. As part of this, the Prime Minister has once again appreciated the art and ideas of the 11th standard student of Dehradun, Anurag Ramola by replying to his letter.

Impressed by Anurag’s thoughts, the Prime Minister wrote in the letter, “Your ideological maturity is reflected in your words in the letter and the theme chosen for the painting ‘Amrit Mahotsav of India’s Independence’. I am glad that you have developed an understanding of issues related to national interest since adolescence and you are aware of your role in the development of the country as a responsible citizen.”

While appreciating the contribution of all the countrymen in the making of a self-reliant India, the Prime Minister has written further: “In this Amrit Kaal of independence, the country is moving ahead with the power of collective strength and with the mantra of ‘Sabka Prayas’. The contribution of our younger generation is going to be crucial in building a strong and prosperous India in the years to come.”

While wishing Anurag for a successful future, Prime Minister Modi has expressed confidence that he would continue to move forward in life with creativity with well desreved success.

This painting has also been uploaded on the Narendra Modi app and the website of narendramodi.in to inspire Anurag. 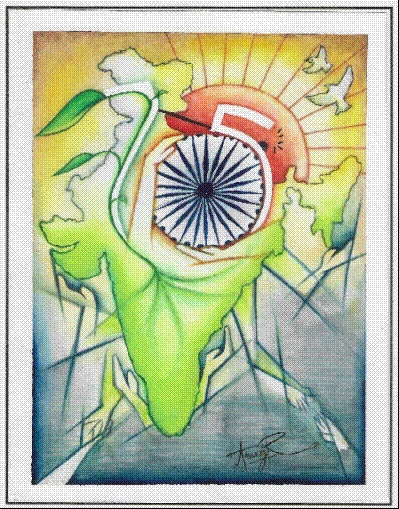 It should be recalled that Anurag had earlier written a letter to the Prime Minister apprising him of his views on topics related to the national interest. Anurag in his letter wrote that he draws inspiration from the Prime Minister not to lose patience even in adversity, to move forward towards his goal with hard work and sincerity and to take everyone along with him.

Note: Anurag Ramola has been awarded the 2021 Prime Minister’s National Children’s Award for Art and Culture.