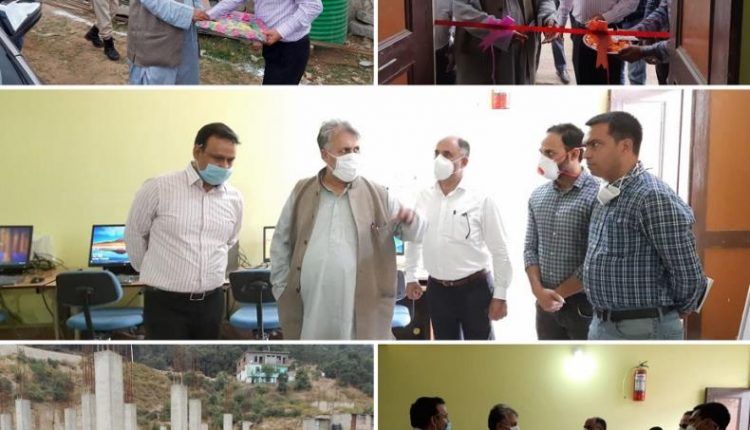 He directed the concerned executing agencies to accelerate the pace of progress on the project for timely completion.

Dr Samoon also inaugurated the Computer Based Test (CBT) laboratory in ITI Doda which is the first of its kind in the whole district. He appreciated the overall working and infrastructure of the institute, particularly workshops.

Dr Samoon enquired about the admission process for the current session 2021-22 in respect of ITI Doda. He stressed upon the need for introduction of new short term job oriented courses as per the District Skill Plan and local industrial needs so that the unemployed youth could get job opportunity.

Principal Secretary directed the concerned to look for options regarding internships of the trainees with the industries so that they are able to learn the trade and get placements simultaneously.

Later, Dr Samoon visited the construction site of Polytechnic College Doda to inspect the ongoing work on the building.