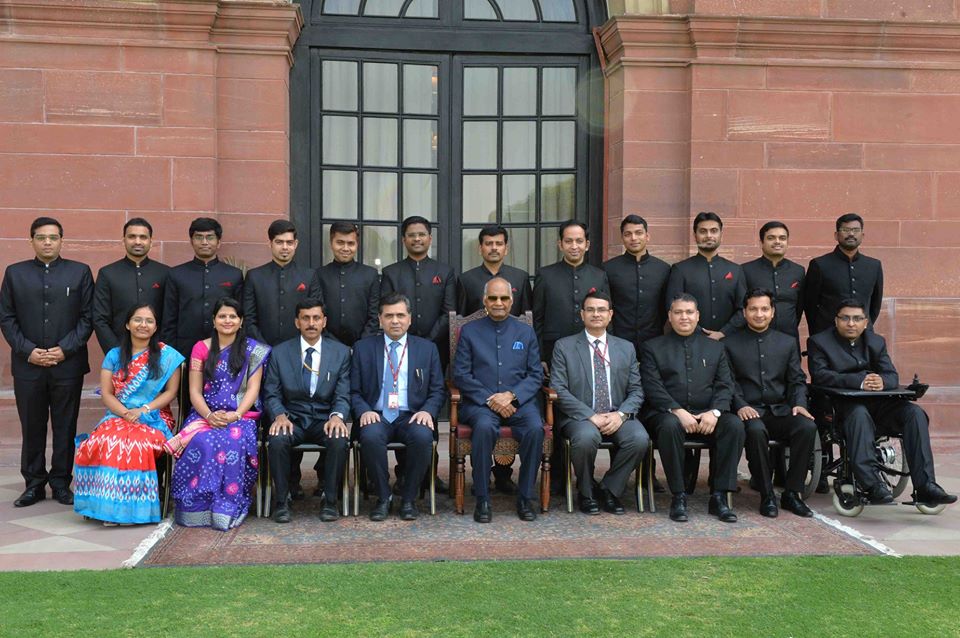 New Delhi: Separate groups of probationers of the Indian Postal Service and the Indian Corporate Law Service together called on the President of India, Shri Ram Nath Kovind, today (March 20, 2018) at Rashtrapati Bhavan.

Speaking on the occasion, the President said that both services had an important role in India’s development. Post offices exist even in remote places where banks have not yet reached. The role of post offices and the postal network needs to be re-imagined in this age of communication technology. The Government of India has taken initiatives to link post offices with modern banking and payment systems. Post offices in India could potentially become ‘one stop shops’ like in some developed countries. They could also benefit from the boom in e-commerce.

The President said that the corporate and banking system are critical to any modern economy. As public servants, ICLS officers have a responsibility in simplifying the process of establishing and running companies and businesses. It is within their regulatory obligation to help ensure that the individual company is trustworthy and that the public retains confidence in it.

The President said that India’s current GDP is valued at approximately US$ 2.3 trillion. We have set ourselves a target of becoming a US$ 5 trillion economy by 2025. ICLS officers will have a role to play in this process. While facilitating business, they must keep in mind the need for lawful and ethical conduct in the corporate sector.

Amma is a great inspiration to the people who wanted to do something to society: Vice President

It is important for officers to learn local languages: Vice President