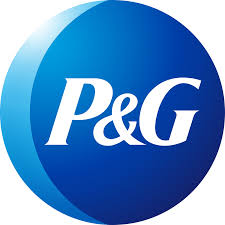 Mumbai: Procter & Gamble today announced new declarations aimed to accelerate gender equality across India, at its #WeSeeEqual summit, held virtually. Built on the theme ‘#Unsaid and #Undone’, the summit brought together leading voices on Gender Equality to challenge the current discourse and commit to the actions needed for progress. Hosted virtually for the first time, the event saw distinguished advocates and personalities like Sania Mirza, Faye D’souza, Ritesh Deshmukh, Genelia Deshmukh and many more, come together to address the challenges of gender and women’s equality.

Madhusudan Gopalan, CEO, P&G Indian Subcontinent said, “At P&G, we are committed to be a force for good and a force for growth. In line with that, we want to drive equal opportunities for women and girls in education, at home, and in the workplace. In India, we have made strong progress through our initiatives like Whisper Menstrual Health and Hygiene Program, P&G Shiksha, working with women-owned businesses and campaigns like Ariel #ShareTheLoad and Gillette #ShavingStereotypes. Our new declarations will further accelerate our progress through a series of new actions, commitments and partnerships. Promoting equality is critical, now more than ever as we recover from the current health crisis in India.”

P&G announced the following new declarations to take action and inspire change on Gender Equality in India:
• P&G will continue on its commitment to raise awareness about menstrual hygiene, through its brand Whisper®. P&G has educated more than 4 crore girls in India on menstrual hygiene till date and will educate more than 2.5 crore adolescent girls, on puberty and hygiene over the next three years
• In line with P&G India’s announcement to invest in women-owned businesses in 2018, the company has already spent more than ₹200 Cr ($30 million) with women-owned businesses in India. Furthering this commitment, P&G will spend ₹300 Cr by deliberately working with women-owned businesses in India over the next three years
• P&G India will drive equality behind the camera by creating equal opportunities, capability and resource sharing. Over the next three years, P&G commits to have equal representation of female directors for its advertisements across brands in India.
• In order to provide equal opportunity for women in STEM roles, P&G will:
• Build digital and technological capability of 10,000+ women across P&G’s external network (including customers, retailers, agency partners, among others) over the next year. This will help unlock their potential and enable them to meet their career aspirations
• Leverage Government’s NEEM Mission across all plant locations in India to upskill and create opportunities exclusively for girls in the neighbouring communities around its plant. P&G has already kickstarted this with its first of its kind initiative called ‘Venus Betiyaan’ at its Bhiwadi Plant, where they are bringing in girls for apprenticeship opportunities and experience on working on the shopfloor
• Annually engage with 150+ colleges that offer STEM curriculum via a dedicated program focused on breaking gender barriers in STEM and Supply Chain. The company will also work with NITIE towards tackling on-ground, perception-based and opportunity-linked barriers with an aim to double the gender ratio on NITIE campus over the next 5 years
• P&G is introducing ‘Share the Care’, a new inclusive parental leave policy in India. This will entitle all new parents including biological parents, domestic partners, adoptive parents, parents in same-sex couples to 8 weeks fully paid parental leave. This builds on the company’s existing maternity leave policy of 26 weeks for birthing mothers and adoption leave of 26 weeks for primary caregivers.

Lancaster University: A taste of Brazil in Lancaster…

Lancaster University: Vision for the future as pupils join…

The acknowledgement of societal and family challenges, the importance of equality-based policies, the recognition of stereotypical expectations, and the role of pop-culture, advertising and media in changing bias were some of the key topics discussed across the various panels throughout the summit.