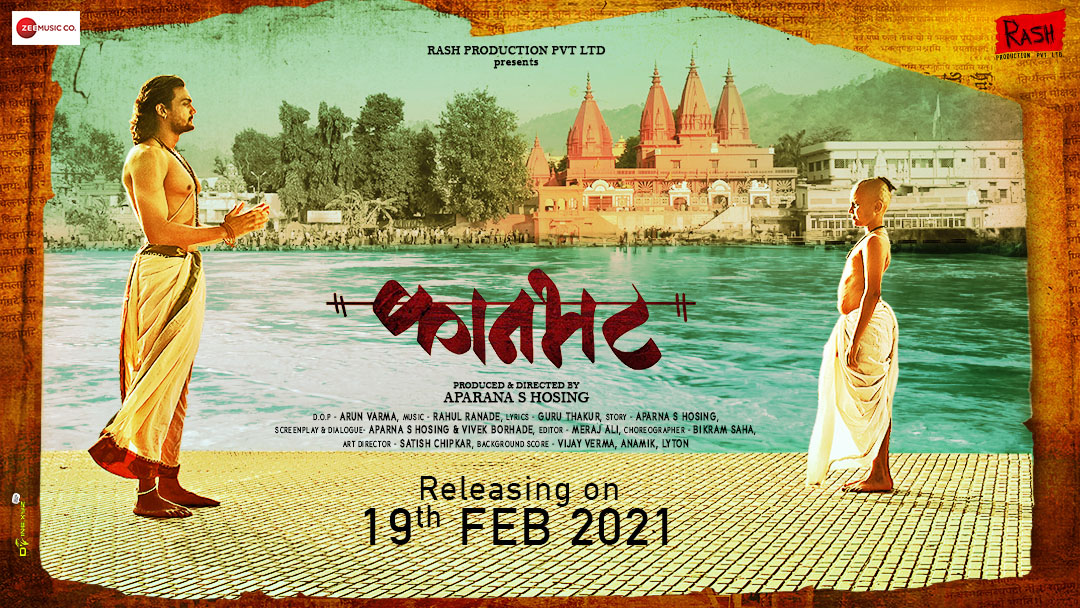 New Delhi: Acclaimed producer of Bollywood cinema, Aparana S Hosing is all set to take the audience on a rollercoaster ride with his debut Marathi film, ‘Kaanbhatt’. Recently, the filmmaker unveiled the first look of her upcoming film and it is every bit intriguing. The poster of ‘Kaanbhatt’ had a surprise element as the lead actor Bhavya Shinde stunned everyone with his look.

The brightly coloured Motion poster features an actor Bhavya Shinde who can be seen standing in front of Temple and Floating Ganga River as priest opposite Rugved Mule. The film is touted to be a story of a young boy about his dream and desire but destiny has something else for him for which he went on a different path. The story depicts the relationship between Ved and Science. However, it is just a wild guess and fans have to wait until the trailer comes out.

Director & Producer Aparana S Hosing Said, “I’m really happy my directorial debut movie first look out now getting good response from people. I want to explore this subject where modern and traditional values get attached with other. Kaanbhatt is all about your dream and reality”.

Aparana S Hosing’s directorial ‘Kaanbhatt’ is produced under the banner of Rash productions and also produced by Aparana S Hosing. The film is slated to release soon on 19th February 2021. Producer Aparana S Hosing, who has been working in Bollywood from last 9 years and has produced films like ‘Jeena Hai Toh Thok Daal’, ‘Uttpattang’ and ‘Dassehra’ (starring Neil Nitin Mukesh).