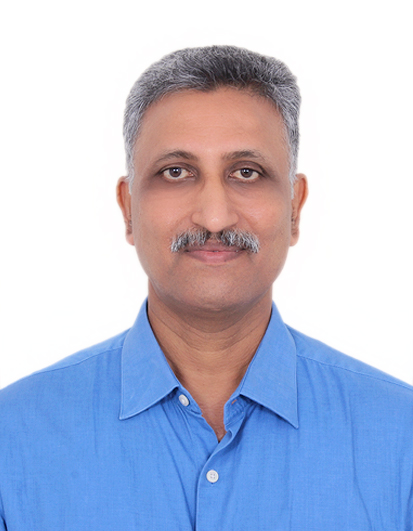 A highly accomplished scientist and inter-disciplinary research leader, Prof Narayana succeeds Prof M Radhakishna Pillai, who retired as the RGCB’s Director in August, after helming the Government of India’s facility for over 15 years.

The appointment, approved by the Appointments Committee of the Union Cabinet, is for a period of five years.

Prof Narayana, who specializes in Raman Spectroscopy, has also served as Professor of Chemistry and Physics of Materials Unit and the Dean, Fellowships and Extension Programmes at JNCASR. He holds three international patents, a couple of which are on the verge of commercialization.

Born in Bengaluru to Keralite parents, Prof Narayana earned his PhD from the Department of Physics, Indian Institute of Science, after completion of his Bachelor’s and Master’s in science from Regional Institute of Education, Mysore. Before joining as a faculty member at JNCASR, he did his Post Doctoral Research at Cornell University, Ithaca, New York.

Though a trained condensed matter physicist, Prof Narayana, developed a keen interest in Biology soon after joining JNCASR. Subsequently, his group pioneered in the use of Raman Spectroscopy in drug-protein interaction for drug screening applications and diagnostic applications. His projects proved to be trendsetters in inter-disciplinary research.

Along with biology, he also kept his keen interest in physics and chemistry, and his has been one of the well-known groups in the country for use of Raman Spectroscopy in the areas of Physics, chemistry, and biology.

He is coordinator for two major Synchrotron projects for India– The Indian beamline at the Photon Factory, KEK, Tsukuba, Japan and the PETRA III, Hamburg, Germany.

Prof Narayana has been visiting professor to leading institutions around the world. He also serves on the board of editors of International Journals including Journal of Applied Physics (American Institute of Physics), High-Pressure Research (Taylor and Francis Publishers), The Journal of Biomaterials and Nanobiotechnology.

He is member of several governing and advisory bodies and board of studies of leading universities and higher education institutions in the country.