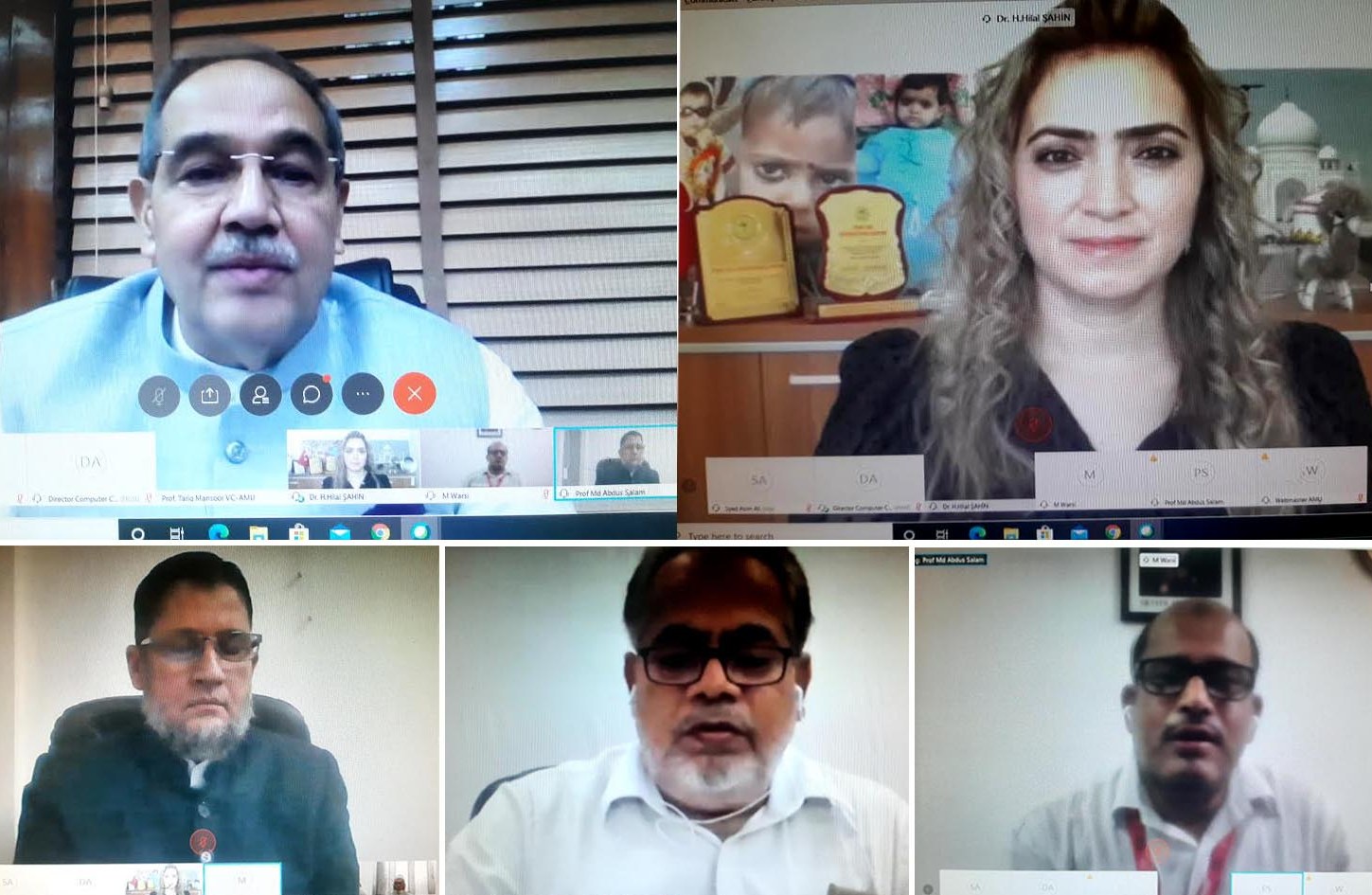 She was delivering a web talk on ‘Turkey, India and Mahatma Gandhi: Reflections on the Khilafat Movement’, the final talk in the series of lectures on ‘Thought and Philosophy of Mahatma Gandhi’ organised by the Aligarh Muslim University (AMU) to commemorate the 150th birth anniversary of Mahatma Gandhi.

According to Prof Sahin, Gandhi’s non-cooperation was actually adopted by the Khilafat Committee at Bombay on May 1920 and soon after persuading the Congress to join it, Gandhi went to an extensive tour to rally the people behind the Turkish cause.

She added that both Hindus and Muslim displayed great enthusiasm in raising the Ankara Fund for or the safety of Turkey.

Prof Sahin emphasised that the significance of the Ottoman issue in Indian politics could be judged by the fact that it united Hindus and Muslims to show dissatisfaction with British rule in India.

“In an edition of Young India, Gandhi appealed Hindus and Muslim to unite against the dismemberment of Turkey, writing: “India is not ready today, but if we would be prepared to frustrate every plot that may be hatched for the destruction of Turkey or for prolonging our subjection, we must secure an atmosphere of enlightened non-violence as fast as possible, not the non-violence of the weak but the non-violence of the strong, who would disdain to kill but would gladly die for the vindication of truth,” she said.

Prof Sahin further said: “Mahatma Gandhi’s contribution includes not just the struggle against racism in South Africa, the independence movement of India, but his contribution was significant and memorable in Turkish war of independence or revolution. Gandhi was one of the biggest moral supporters of the Turkish cause when the victorious Allied powers were bent on partitioning Turkey.”

Presiding over the web talk, AMU Vice Chancellor, Prof Tariq Mansoor said that Khilafat Movement was one of the significant movements in India’s endeavour to free herself from The British Raj.

The Vice Chancellor added that the Khilafat Movement saw the combined efforts of the Hindus and the Muslims and the success strengthened even more when Mahatma Gandhi decided to bring together the Non-Cooperation movement along with the Khilafat Movement to vocalise their collective resentment against the British Rule.

Introducing the speaker to the participants, Prof M J Warsi spoke on the scholarly contributions by Prof Sahin in the India-Turkey historical relations.

Prof M Abdus Salam delivered the welcome address and conducted the programme, while Prof Wasim Ahmad extended the vote of thanks.

2 in 5 schools around the world lacked basic handwashing facilities prior to COVID-19 pandemic — UNICEF, WHO