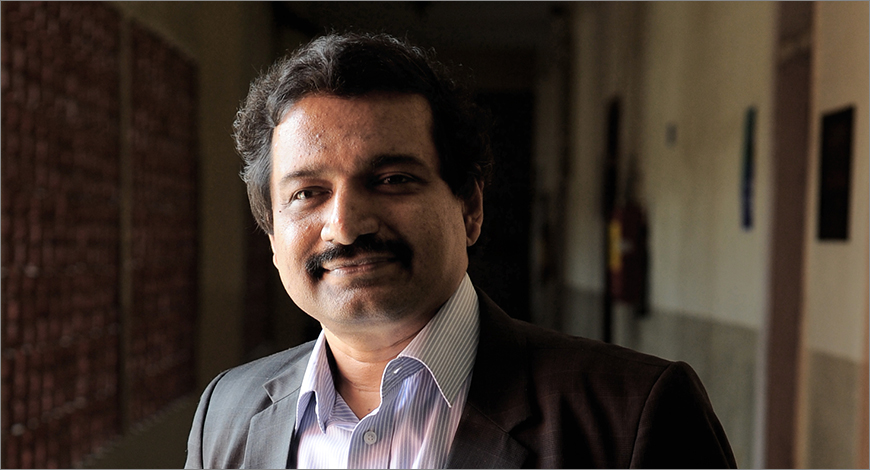 Prof Suresh was appointed to the post for a period of four years by the Chief Minister Shivraj Singh Chouhan in his capacity as Chairman of the General Council of the University, a state Government order said.

With over 30 years of cross media experience, Prof Suresh was recently named for the prestigious Ganesh Shankar Vidyarthi Award for outstanding contribution to Journalism by the Kendriya Hindi Sansthan, Ministry of Human Resources Development, Government of India. The award carries a cash prize of Rs five lakhs, citation and shawl and would be presented by the Hon’ble President of India.

As DG, IIMC, Prof Suresh gave a major push to Indian language journalism at the prestigious institute introducing Marathi and Malayalam Journalism from its Amravati, Maharashtra and Kottayam, Kerala campus respectively, besides upgrading the certificate programme in Urdu at Delhi campus to a full fledged Post Graduate Diploma Programme. In collaboration with the Lal Bahadur Shastri Rashtriya Sanskrit Vidyapeeth, IIMC has now introduced a three month Advanced Certificate Programme in Sanskrit Journalism. He has also set up the Department of Indian Language Journalism apart from the Department of New Media.

His other major initiatives included establishment of the Community Radio Empowerment & Resource Centre at IIMC with a view to promote Community Radio Stations in India and the National Media Faculty Development Centre for training and skill upgradation of media educators across India. He is also credited with reviving IIMC’s peer reviewed quarterly journal ‘Communicator’ and its Hindi version ‘Sanchar Madhyam’ as also the publication wing of the institute besides co-hosting the prestigious 15th Asia Media Summit in New Delhi & hosting the 17th Indian Science Communication Congress at IIMC in December 2017 and first ever inter-University youth festival ‘Media Mahakumbh’ at IIMC in Feb 2018.

Serving PTI in different capacities for over a decade including as Chief Crime Reporter, Deputy Chief Reporter, Special Correspondent and Chief Political Correspondent, Prof Suresh has travelled across India and the world to cover developments including the Royal Palace Massacre in Nepal, BJP leader L K Advani’s controversial visit to Pakistan, the post Taliban situation in Afghanistan, the cyclone, earthquake and violence in Gujarat, militancy in Kashmir apart from Lok Sabha and State Assembly elections. He has also covered both Houses of Parliament extensively.

A media educator for over two decades, Prof Suresh is Visiting Professor/Course In Charge for Communication Skills at the Special Centre for Disaster Research at Jawaharlal Nehru University, Adjunct Professor with the Academy of Scientific & Innovative Research, an institution of National Importance established by an act of Parliament. He has also served as Adjunct Professor at the Makhanlal Chaturvedi National University of Journalism & Communication and Visiting Professor with the Delhi Institute of Heritage Research and Management, run by Govt of NCT Delhi. He is a Resource Person for the Training Programmes at Indian Institute of Public Administration; Consortium for Educational Communication, UGC; Centre for Professional Development in Higher Education, Delhi University; National Institute of Disaster Management, National Academy of Broadcasting and Multimedia (Prasar Bharati), Indira Gandhi National Forest Academy, Indian Aviation Academy & Research and Information System for Developing Countries (RIS), a think tank of the Ministry of External Affairs, Govt of India. He is a Visiting Faculty at the Sardar Patel College of Communications & Management, Bharatiya Vidya Bhavan, New Delhi.

With a rich professional cross media experience of about three decades, Prof Suresh is the recipient of Prem Bhatia Fellowship for Research in Media by Young Journalists. A post-Graduate in Mass Communications, Prof Suresh successfully completed a Public Health Journalism Experiential Course at the University of Oxford, United Kingdom.

In December 2017, Prof Suresh was conferred with the PRSI Leadership Award, the highest Award for outstanding contribution to the Public Relations profession, at the 39th All India Public Relations Conference at Visakhapatnam, Andhra Pradesh. He has also been honoured with the Visionary Leader in Media Education Award instituted by Business World Magazine & Exchange4media in November 2018; the first Khwaja Gareeb Nawaz Award for Unity, Brotherhood & Communal Harmony & Lifetime Achievement Award for contribution in the field of Media Education by NISCORT Media School & Eureka Publications

A TEDx Speaker, Prof Suresh was a Member of the prestigious feature film jury & non-fiction jury of Indian Panorama 2018 & 2017 respectively for the International Film Festival of India, headed by well known film makers Rahul Rawail & Sudhir Mishra, Feature film section of National Film Awards Jury 2017 headed by noted film maker Priyadarshan and the Chairman of its Northern Regional Jury. He was Editor-in-Chief and Member of the International Jury for the Media Colloquium at the prestigious Delhi Sustainable Development Summit -2015, and the only journalist to represent India at the World Media Conference in Seoul in March 2015, organized by leading US daily, The Washington Times. Suresh was on the international jury for the Plural+ International Youth Video Festival 2012, organised by the United Nations Alliance of Civilizations and the International Organisation for Migration. He was the first Indian to be nominated as a jury since the inception of the festival in 2009.

Prof Suresh chaired the international jury of the 4th Woodpecker International Film Festival-2016, India’s premier festival focusing on issue-based cinema and the jury of the 13th edition of the We Care International Film Festival on disability issues 2016. He was on the jury of the of the National Media Award 2016 & 2018 instituted by Election Commission of India, CMS-UNICEF Media Fellowship-2016, the National Awards for Excellence in Journalism instituted by the Press Council of India, the UNICEF Radio4child awards 2016 & 2018, Public Relations Society of India National Awards-2016, the prestigious Laadli Media and Advertising Award for Gender Sensitivity 2014-15 & 2015-16, organized by Population First and SCOPE Corporate Communication Excellence Awards 2017 & 2019.

University of Exeter: Number diagnosed with autism jumps 787 per cent in two decades,…

University of Exeter: Number diagnosed with autism jumps 787 per cent in two…

RUDN: RUDN University is among the leading universities in the world…

Powergrid provides Support to Army good will Schools in Kashmir Under…

Abolition of Article 370 removed the barrier between the people of…