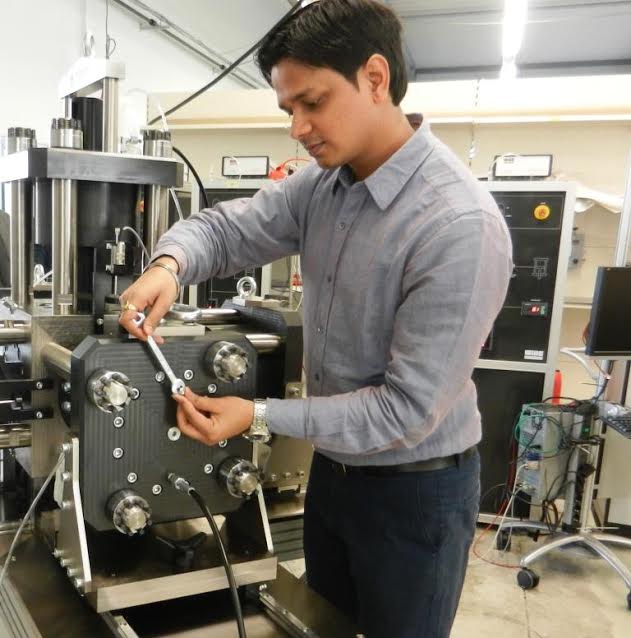 Mumbai: Assistant professor in the department of Earth Sciences in IIT Bombay Prof. Vikram Vishal has won the prestigious Indian National Science Academy (INSA) medal for Young Scientist (2017). The award is considered to be the highest recognition of promise, creativity and excellence in young scientists, and awarded annually by INSA for research conducted by scientists in India. It carries a bronze medal and a cash prize of Rs 25,000. Till 2015, 737 young scientists have been recognised by INSA.

While conveying the selection of the award to Prof. Vishal, INSA President Prof. Ajay K Sood stated, “He has shown great potential to be a leader in research. I sincerely hope he will continue to strive hard to reach his potential and to prove leadership in the coming years”.

Prof. Vishal, while thanking INSA for this recognition and honour, also remembered his PhD advisers Prof. T. N. Singh (IIT Bombay) and Prof. Ranjith P. G. (Monash University) and his post-doctoral mentor Prof. Jennifer Wilcox (Stanford University). Prof. Vishal is currently working on a research which attempts to reduce carbondioxide emissions and their environmental impact by capturing the natural gases. His research looks at “geologic sequestration” or capturing the carbon dioxide that is released when coal is burnt (or created as a by-product in other industries) and injecting it back into the rock deep underground so that it is not released into the atmosphere.
Prof. Vishal explained his research work by stating, “Natural gases have remained trapped in deep underground rock structures for several million years. This provides an analogy to inject and store the greenhouse gases in rocks and prevent their release into the atmosphere. Realising India’s vast geological diversity, she offers ample opportunities for the storage of carbon dioxide. Injection of carbon dioxide will not only help develop a long sustainable earth, but also lead to enhanced recovery of methane to partly meet our growing energy demands”.
The true beneficiary of this process will be the life-system on Earth. Through the enhanced recovery of an otherwise non-recoverable resource, India will also benefit from energy security. Prof. Vikram Vishal is the first graduate from the IIT Bombay Monash Research Academy, which is a joint venture between IIT Bombay and Monash University, Australia. Research scholars study for a dual-badged PhD from both institutions, and enrich their research and build collaborative relationships by spending time in Australia and India over the course of their degree.

DIPP & WIPO to set up Technology and Innovation Support Centers