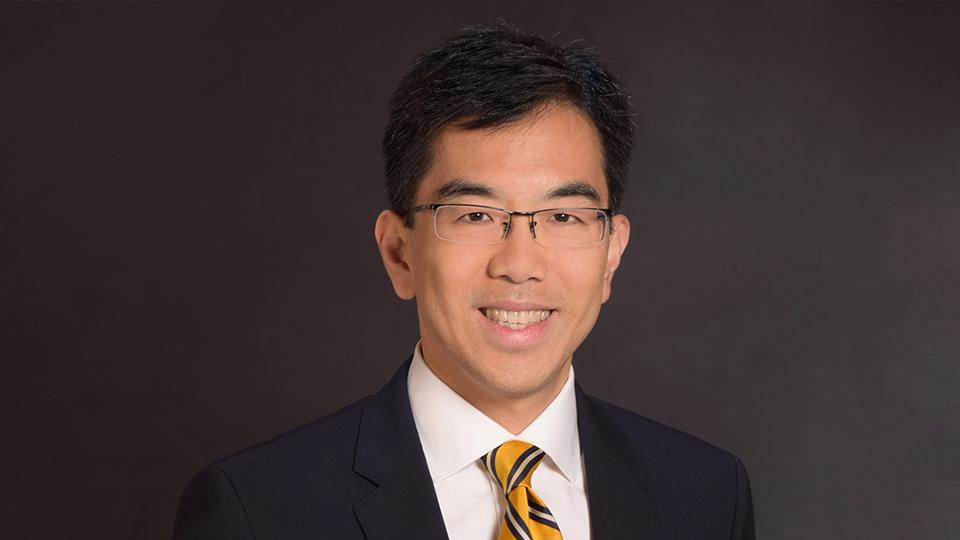 Professor Wong Tien Yin, NUS Provost’s Chair Professor and Vice Dean, Academic & Clinical Development at Duke-NUS Medical School, is among an elite group of 100 individuals—and only the third from Singapore—to be elected to the US National Academy of Medicine (NAM).

Academy membership, one of the highest honours in the field of health and medicine, is bestowed on individuals who have demonstrated outstanding professional achievements and commitment to service in the medical sciences, healthcare and public health.

Prof Wong, who is also Deputy Group CEO for Research and Education at SingHealth, was elected to the Academy for his work on defining the global prevalence and risk factors for major eye diseases, devising screening and disease prevention strategies using telemedicine and innovative imaging as well as his leadership in developing academic pathways for clinician scientists.

“The National Academy of Medicine elects very few international members and I am deeply humbled to receive this honour and represent our Academic Medical Centre in the Academy,” said Prof Wong, who is Medical Director at the Singapore National Eye Centre.

To Prof Wong, the honour is—more than anything else—recognition of the progress that the SingHealth Duke-NUS Academic Medical Centre (AMC) has made over the last 15 years.

“This honour reflects how far we have come because 20 years ago, this would not have been possible. I would not have been able to conduct the research that the Academy has recognised me for today,” said Prof Wong. “I would have been working in isolation and likely struggling to have the right funding and support.”

With the AMC partnership, Prof Wong benefitted from an entire ecosystem that supported and enabled his multi-disciplinary research, particularly his work on developing diabetic retinopathy screening using artificial intelligence (AI). The programme, which had started as a small pilot project, has grown into a national programme over the last decade. As the programme grew, the research developed into new areas, attracting new groups, scientists and clinician scientists.

“My programme benefitted because younger clinicians, clinician scientists, residents and students were excited to get involved. They saw the opportunities and possibilities thanks to a supportive and embracing AMC culture that we’ve built on this campus,” said Prof Wong.

As an ophthalmologist, Prof Wong completed his medical training at NUS before earning a Master of Public Health and PhD from Johns Hopkins University, USA. He is the Arthur Lim Professor of Ophthalmology and has a clinical practice specialising in retinal diseases including diabetic retinopathy and age-related macular degeneration at SNEC. He leads a broad-based research programme that brings together the epidemiology of eye diseases, ocular imaging, digital innovation and AI.

He has published extensively in peer-reviewed journals, including the New England Journal of Medicine, the Lancet, the Journal of the American Medical Association and Nature.

With this latest recognition from NAM, he joins Professor Tan Chorh Chuan, former NUS President and now Chief Health Scientist at the Ministry of Health, who was elected to the NAM in 2015, and Professor John Eu-Li Wong, NUS Senior Vice-President (Health Innovation and Translation), who joined the NAM in 2019.

Established in 1970 as the Institute of Medicine, the NAM is a globally influential health and science organisation. It consists of members from diverse fields, including health and medicine, as well as natural, social and behavioural sciences.

Congratulating Prof Wong on his election, Duke-NUS Dean Professor Thomas Coffman said, “This is a truly prestigious and well-deserved recognition for Tien Yin’s many accomplishments in academic medicine, representing a pinnacle achievement for a clinician scientist. As a leader within our Academic Medical Centre, Tien Yin is a role model who exemplifies the value of bringing together cutting-edge research and clinical care to drive innovation and discoveries that can improve lives around the world.”

Prof Wong hopes that this recognition will inspire the next generation to continue competing on the global playing field.

“I hope that it will inspire younger people with the ambition to become the world’s best,” he said.

Jammu Kashmir full of self-confidence, I hear the echo of self-power…