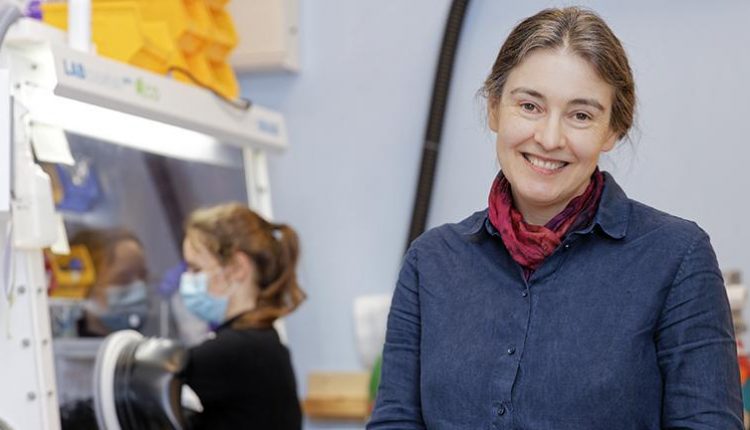 The Körber European Science Prize 2021, worth one million euros, is to be awarded to University of Cambridge chemist Professor Clare Grey, one of the UK’s leading battery researchers.

Grey pioneered the optimisation of batteries with the help of NMR spectroscopy –similar to MRI technology – a method that allows non-invasive insights into the inner workings of batteries.

Her NMR studies have helped to significantly increase the performance of lithium-ion batteries, which power mobile phones, laptops and electric cars. She has been instrumental in the development of next-generation batteries and cost-effective, durable storage systems for renewable energy. She sees her fundamental research as an important contribution to achieving net-zero emissions by 2050.

“There have been significant advances in lithium-ion batteries since they were commercialised in the 1990s,” said Grey. “Their energy density has tripled and prices have fallen by 90 percent.”

Grey’s research has made key contributions to these developments. She is a pioneer in the study of solids with the help of NMR (nuclear magnetic resonance) spectroscopy, which she has developed and applied to allow researchers to observe the electrochemical processes at work during charging and discharging of batteries.

Clare Grey, 56, studied chemistry at the University of Oxford. At the age of 22, she published her first scientific article in the journal Nature. After completing her doctoral studies in 1991, she went to Radboud University in Nijmegen, the Netherlands, and has also worked as a visiting scientist at the US chemical company Dupont.

In 1994, she joined the State University of New York at Stony Brook as an assistant professor, and she became a full professor in 2001. In 2009, she became Geoffrey Moorhouse Gibson Professor at the University of Cambridge’s Yusuf Hamied Department of Chemistry. She is a Fellow of Pembroke College, and has been a Fellow of the Royal Society since 2011.

At the time Grey was still a student, most chemist and physicists used X-rays to determine the internal structure of solids. Grey was one of the first in her field to use solid state NMR instead: during her time in the USA, she met researchers from the Duracell company who inspired her to use the technology to study materials in batteries.

“Previously, the usual investigations with X-rays only provided an average picture,” Grey said. “With the help of NMR, I was able to detect the local structural details in these often-disordered materials.”

Initially, she examined individual materials by opening the batteries at a certain stage of their charging and discharging cycle. The aim was to find out which chemical processes cause the batteries to age and how their lifespan and capacity could be increased. Later, she improved the NMR technology so that she could use it to examine batteries during operation without destroying them, which helped speed up the studies enormously.

Now, in addition to her work improving lithium-ion batteries, Grey is developing a range of different next-generation batteries, including lithium-air batteries (which use oxidation of lithium and reduction of oxygen to induce a current), sodium, magnesium and redox flow batteries.

Her NMR studies allow her to follow the processes at work inside these batteries in real time and help determine the processes that cause batteries to degrade. She is working on further optimising the NMR method to design even more powerful, faster-charging and more environmentally friendly batteries.

In 2019, Grey co-founded a company, (Nyobolt), for ultra-fast charging batteries. Another company supplies the NMR measurement technology she designed to laboratories around the world.

To achieve climate goals and transition away from fossil fuels, Grey believes it is vital that “basic research into new battery technologies is already in full swing today – tomorrow will be too late.”

The Körber European Science Prize 2021 will be presented to Professor Clare Grey on 10 September in the Great Festival Hall of Hamburg City Hall. Since 1985, the Körber Foundation has honoured a breakthrough in the physical or life sciences in Europe with the Körber Prize. It is awarded for excellent and innovative research approaches with high application potential. To date, six Körber Prize winners have been awarded the Nobel Prize.