A research and habitat recovery project led by a University of Toronto researcher aims to help fish and freshwater mussel species that are currently at risk of going extinct.

The project, which received a $1.8 million grant from the federal government, will target 13 fish and eight freshwater mussel species that are currently at risk in the lower Great Lakes watershed. 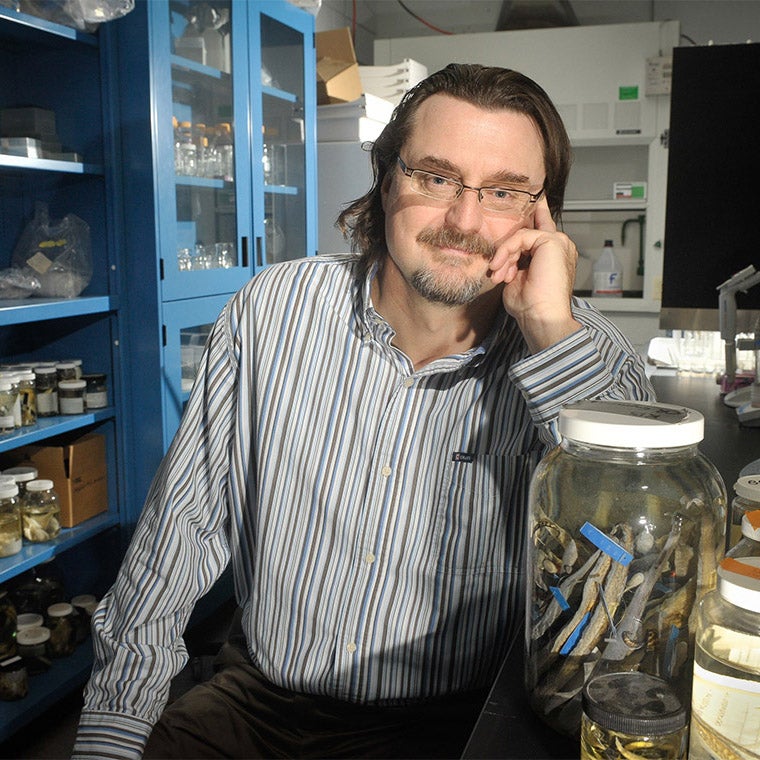 “The main threat to these species is habitat degradation and loss – all of which have come as a result of human activity,” says project lead Nick Mandrak, a professor in U of T Scarborough’s department of biological sciences.

“For recovery efforts to be successful, we need to fully understand the specific habitat requirements and the habitat threats for these species at risk.”

The lower Great Lakes watershed, home to countless different aquatic species and habitats across the Greater Toronto Area and southwestern Ontario, currently has 32 fish and 15 mussel species that are considered at risk of extinction. These species are found in a variety of habitats including streams, large rivers, wetlands and lakes.

He says the conversion of land to agricultural and urban use over the past 150 years is a key driver of the changes.

“We have these flooding events in urban areas because rain is no longer soaked up by the soil – it hits pavement and runs directly into streams,” says Mandrak, an expert on aquatic biodiversity.

“What you end up having is long periods where streams are relatively dry followed by intense flooding and this wreaks havoc on aquatic habitats.”

Fertilizer is also a major contributor to water pollution in the form of increased nitrogen and phosphorous, adds Mandrak. Phosphorus is specifically responsible for the toxic blue-green algae blooms found in Lake Erie. 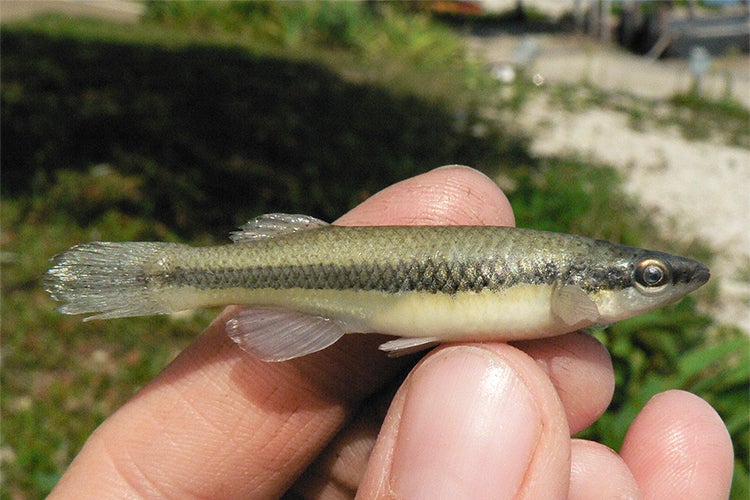 The fish at risk range from Blackstripe Topminnow to Warmouth. They are all smaller species, but nevertheless play a crucial role in the food chain and overall ecosystem health, says Mandrak. Freshwater mussels also play a critical role in filtering out bacteria, algae and pollutants, he says.

“Many of these species have been ignored or neglected and that’s a big reason why we’re interested in them. We should be interested in the diversity of species that are important to the proper functioning of our freshwater ecosystems.”

In addition to studying the habitat requirements for these species, Mandrak and the other project partners will study the availability of suitable habitats as well as physically restore some habitats. They will also enhance some populations where needed and develop captive-breeding methods to help specific species rebound in the wild.

The grant from Fisheries and Oceans Canada’s Canada Nature Fund For Aquatic Species At Risk will be distributed over four years. Partners on the project include Walpole Island First Nation, University of Windsor, Toronto and Region Conservation Authority, Ontario Streams, Ontario Nature, Nature Conservancy of Canada and McGill University.