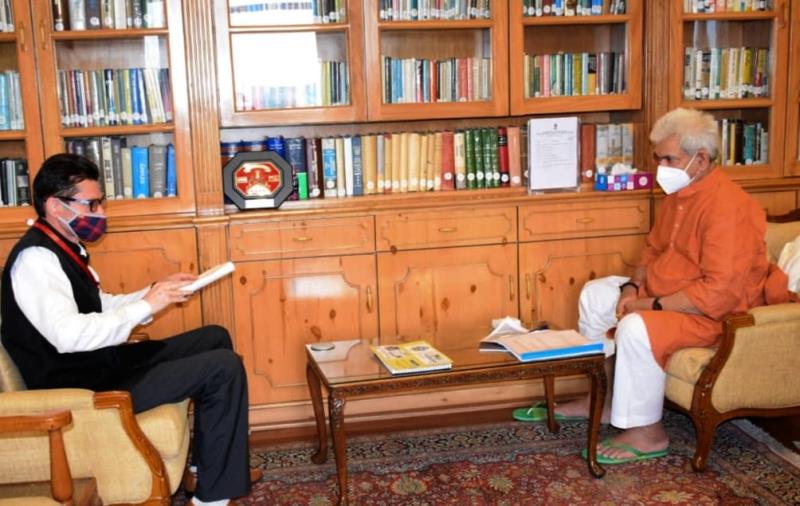 A deputation led by DDC Member, Block Khanmoh, Er. Ajaz Hussain met the Lt Governor and put forth different developmental issues pertaining to the Khanmoh area. They also raised the issue with regard to environment clearance of brick kilns.

Similarly, District President BJP, Anantnag, Manzoor Ahmad Khan submitted a memorandum of issues with regard to completion of various government approved projects at Rambirpora Mattan, Anantnag including Water supply scheme, construction of hospital besides establishing a fruit complex in the area.

Meanwhile, a delegation of Dental Surgeon Association led by its President, Dr Samir Masoodi projected various issues pertaining to creation of posts of Dental Surgeons and other concerning issues.

With regard to the SEHAT scheme, they underscored the need of bringing dentistry under Golden card benefits.

The Lieutenant Governor gave patient hearing to all the deputations and assured that all the genuine issues of public concerns would be looked into on priority.

He also urged the public representatives to continue their sustained endeavours for the welfare of the people.