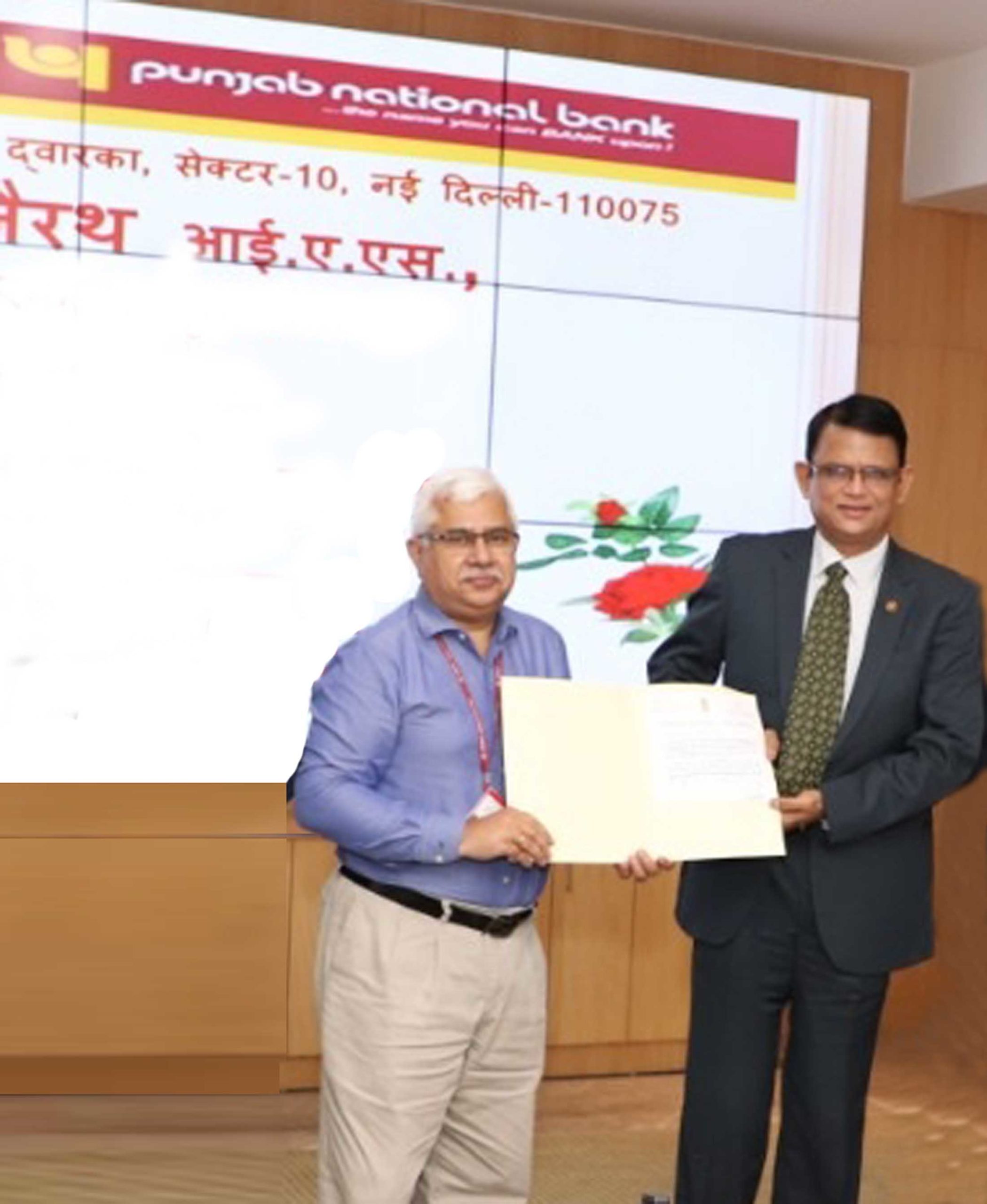 Punjab National Bank, India’s second largest public sector bank is celebrating the Hindi Month in all of its 10897 branches and administrative offices across the nation. Dr. Sumeet Jerath, IAS, Secretary, Department of Official Language, Ministry of Home Affairs, Government of India, visited the Punjab National Bank, Head Office, Dwarka today for celebration. The Secretary felicitated the Bank’s Managing Director and Chief Executive Officer Mr. C.H. SS Mallikarjuna Rao with the letter of appreciation for receiving “Rajbhasha Kirti First Prize” in “A Region” for the year 2019-20. Shri Sandeep Arya, Director (Implementation), Department of Official Language, Ministry of Home Affairs, Government of India along the PNB Executive Directors, and other senior officials in charge of the divisions were also present during this event. This is the third consecutive year when PNB is receiving this award for implementing the Hindi language across all communications.
Dr. Sumeet Jerath while addressing the Senior officials conveyed his heartiest congratulations and best wishes for the future to the Punjab National Bank on receiving this prestigious award. PNB, being the second largest Public Sector bank, has taken innumerable steps to encourage the use of the official language.
Mr. Jerath also added that on the basis of motivation, encouragement and goodwill, the official language Hindi should be promoted at the higher management level so that a positive atmosphere can be created among all the staff members. The Secretary emphasised on the importance of the official Language ‘Hindi’ in a multilingual and diverse country like India and basically stressed the need to work in Hindi.
MD & CEO of Punjab National Bank, Mr. C.H. SS Mallikarjuna Rao while welcoming the chief guests on this occasion said “PNB is committed to the smooth implementation of the official language ‘Hindi’. As most of the branches of the bank are located in Hindi speaking areas, the bank is providing facilities to all of its customers in Hindi or regional languages only.”
Dr. Sumeet Jerath also discussed the official language implementation and other issues with the higher officials of the Bank and took cognizance of the future direction of the official language implementation in the Bank
The Executive Director, Mr. Agyey Kumar Azad and Executive Director, Dr. Rajesh Kumar Yaduvanshi expressed their views while thanking the chief guests, and highlighted the importance of Rajbhasha and how the bank has been encouraging employees at all level to implement the same. Also noting, drafts, remarks etc. are being done in Hindi only.
The program was conducted by Mr. B.S. Maan. Chief General Manager, PNB.

Role of Trainers are Essential & Crucial in Skilling, Reskilling and Upskilling: Narendra Modi