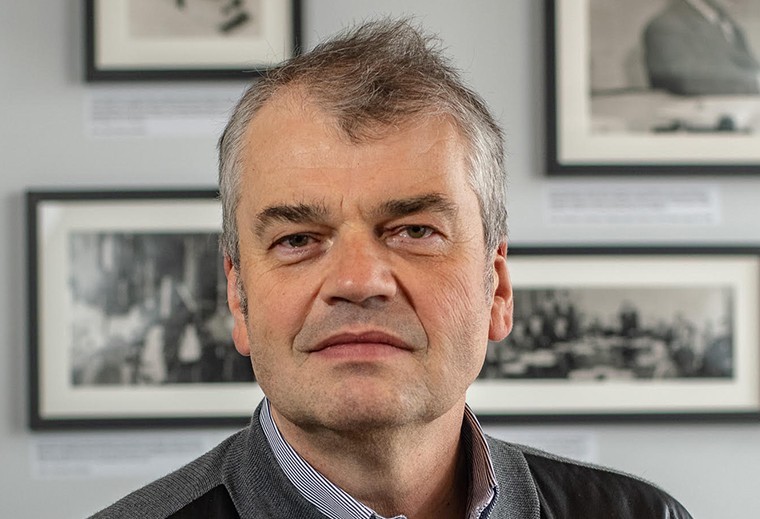 Dmitri Basov, a professor of physics at Columbia University, is one of 20 scientists nationwide who has received a five-year, $1.6 million award from a leading scientific research foundation to pursue cutting-edge work in the emerging field of quantum materials.

Basov has been selected as an Emergent Phenomena in Quantum Systems Initiative Investigator (EPiQS) by the Gordon and Betty Moore Foundation. The award provides some of the most creative scientists in the field of quantum materials with substantial resources to pursue challenging and novel research directions of their own choosing, which is often difficult to do through traditional funding sources.

“Funding from the Moore Foundation is special in many ways,” said Basov, whose research focus is on electronic phenomena in quantum materials.

“Most important, this award will facilitate research at Columbia that is too risky for many usual funding channels,” he said, “I am eternally grateful to the foundation for an opportunity to work on the highly ambitious program I proposed.”

Basov, who joined the Columbia faculty in 2016, works on nano-optics, developing new methods for applying strong radiation fields to materials and measuring their effects, all on the smallest length scales.

His work has been cited thousands of times and he has earned several notable accolades for his part in advancing quantum materials science. In 2019, he received the Vannevar Bush Faculty Fellowship, one of the U.S. Department of Defense’s most prestigious awards. Earlier this year Basov was elected into the National Academy of Sciences.

The newest award comes as part of the Moore Foundation’s EPiQS initiative, which encourages and supports researchers in their efforts surrounding the synthesis of new quantum materials and the characterization of their properties. Scientists believe discoveries in the field could eventually lead to revolutionary applications in electronics, computing, energy technology and medical devices.

“By funding basic research in quantum materials we enable researchers in this field to interrogate materials in superior new ways and ask deeper questions about organizing principles of complex quantum systems,” said Dušan Pejaković, EPiQS program director. “While we focus on fundamental aspects of these fascinating materials, we believe that some of them will find applications in technologies that improve human life or change the way science is done.”

Gordon E. Moore and his wife Betty I. Moore established the Moore Foundation in September 2000. The foundation fosters pathbreaking scientific discovery, environmental conservation, patient care improvements and preservation of the special character of the Bay Area.

Gordon Moore was a pioneering computer expert and co-founder of Intel. He’s most famous in the scientific community for Moore’s Law, which states that processor processing power for computers will double about every 18 months.

HKU responds to a recent statement by HKUSU