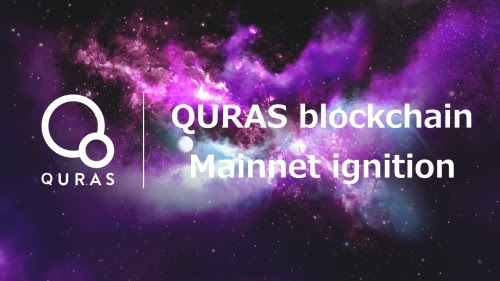 QURAS, a public blockchain project that can protect privacy, officially launched the main network on December 19, 2020. 3 years after the project started, the blockchain rooted in practical use finally started running.

The QURAS project is focused on protecting the privacy of users on the public blockchain. Public blockchain refers to blockchain that is open on the Internet, and Bitcoin and Ethereum are well known as typical ones.

Generally, it is said the merit of blockchain is high transparency. This means anyone can check transaction information in a public environment. This is one of the obstacles to promoting the social implementation of blockchain.

Transactions exist in the world are generally conducted with confidentiality. However, if the blockchain is transparent, there is a risk that your transaction will be identified by a third party. From a practical point of view, it is sufficient if those transactions can be confirmed between the parties.

Therefore, QURAS blockchain provides multiple privacy technologies. Service providers will be able to choose those technologies and optimize the confidentiality of their services. The QURAS blockchain will start from the point where the confidentiality of transactions of digital assets called “tokens” can be secured at the beginning, and the scope will be expanded in a later update day by day.

With the operation of the QURAS main network, companies and developers who want to adopt blockchain are expected to be able to expand the range of application of blockchain to fields that could not be handled by public blockchain until today. Another feature of the QURAS blockchain is that it may contribute to the finances of developers through a mechanism in which fees are returned to service providers when transactions become active.

Details of the QURAS blockchain can be found on the official website below. The documents for blockchain developers are also available on the site.