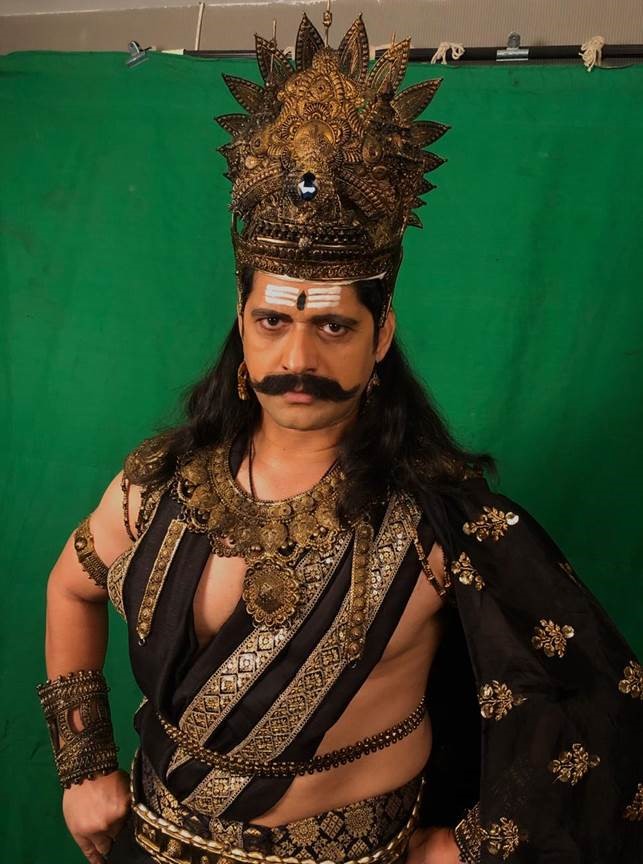 Mumbai: Be it across Marathi and Bollywood films or on television, Rajesh Shringarapure is a renowned name known to essay diverse the roles. Having essayed the role of eminent mythological figures such as Lord Vishnu, Lord Shiva, Lord Krishna, and Agnidev, Rajesh Shringarpure is all set to return to the mythological genre on television after 12 years. Making a comeback with &TV’s Kahat Hanuman Jai Shri Ram, Rajesh will be seen essaying the character of Shanidev.

Commenting on making his comeback to the genre, Rajesh Shringarpure said, “An actor needs to have a lot of patience for a good character or role to come his way. Shanidev is the character I am completely enameled with. He is the God of justice and is fair to all living beings, hence I am completely in awe of Lord Shanidev. When approached, I immediately agreed to play this character because I found it very challenging and it was quite different from the kind of roles I played earlier. The title of the show Kahat Hanuman Jai Shri Ram is also quite soothing to the ears and I am glad to be a part of the show.”

While mythology might be the actor’s comfort zone, the challenges of the genre never cease to exist. Mentioning a few, Rajesh Shringarpure said, “No matter how accustomed an actor may get to playing mythological characters; the language, costume and intense make-up always seems to be a major challenge. Despite all this, I also feel that the confidence that an actor derives from playing mytho characters is enough for him to survive all his life in front of the camera. Actors need to pay special attention to the poise, calmness and well-composed dialogue delivery to fit in the role of God.”

Bringing forth the character while showcasing different shades to his personality, the actor seems to be quite enthused about playing Shanidev.