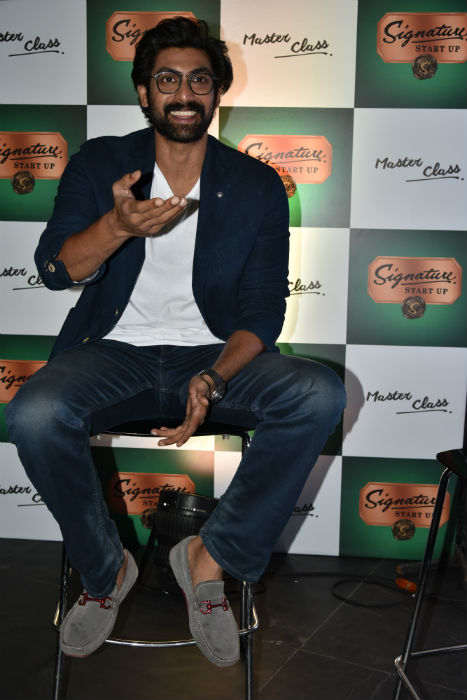 Born in a family that has been part of the Telugu Film Industry for decades, Rana decided to start afresh as a Visual Effects producer, and went on to win the State Nandi Award for Best Special Effects in 2006 for the Telugu film Sainikudu starring Mahesh Babu. In 2006, he also received the National Film Award for co-producing Bommalata – A Bellyful of Dreams. His debut in the Telugu industry with the movie “Leader” in 2010 set the stage for a successful acting career in films across geographies. His recent blockbuster “Bahubali” earned him appreciation at various award ceremonies.

Speaking at the event in Hyderabad, Rana Daggubati said, “I feel privileged to have come on board for Signature StartUp Masterclass to inspire an audience who has the zeal to follow their passion. I had the red carpet set for me when I made the choice to enter the industry, but I chose to follow a path less treaded where my passion lies. Acting happened way after that. I hope after today’s session a lot of them to take up this challenge with a lot more confidence.”

The event witnessed a high turnout who were inspired by Rana and entertained by the amazing DJ Vinayak , popularly known for music that is a celebration of divinity in human spirit, of intensity in passion and ecstasy in silence.

Bauli launches their first TVC in India for their signature product Bauli Moonfils!