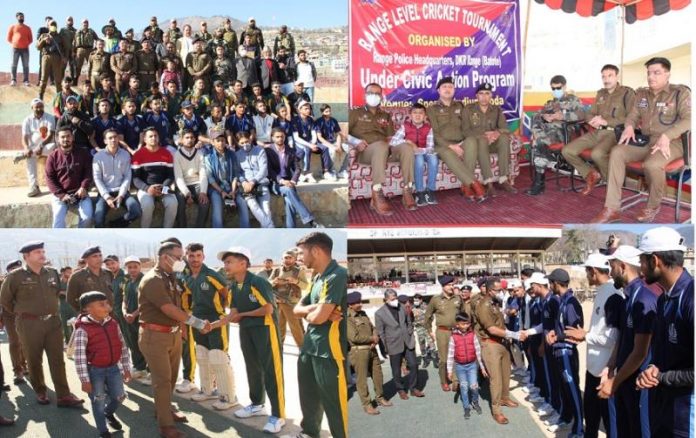 The sports event was organised under civic action programme, with the objective to harness the talent of youth in sports activities and strengthen the Police Public relationship in Doda- Kishtwar-Ramban Range.

The tournament started on Feb 7, 2021 and concluded with the final match played between Chenab Warriors Doda and Doda Warriors. The toss was won by cricket team Doda Warriors and it decided to bat first. Scoring 99 runs in 15 over match. Chasing the target, Chenab Warriors Doda scored 100 runs in 11 overs and won the final match. The winner team was awarded with trophy along with certificates and a cash prize of Rs. 20,000 runner up with trophy along with certificates and cash prize of Rs. 10,000.