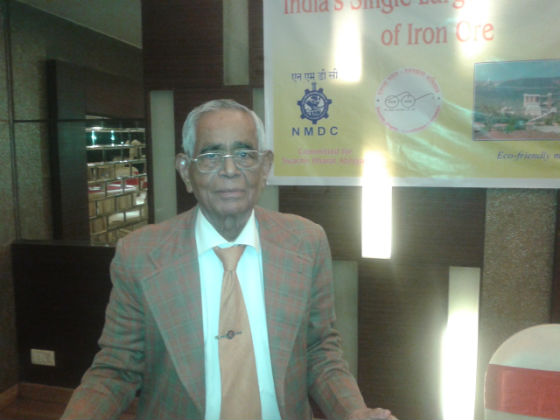 Ravenshaw college was established at Cuttack, Odisha, on 20th January 1868 and has become a University in 2006. I was very much pleased to know recently from a news paper that, Ravenshaw Authorities are celebrating its sesquicentennial year from 20th January 2017 till 20th January 2018. This is a very significant occasion for Odisha not only because of the contribution of the college in the field of advance education but also its contribution for training a large number of its alumni who have brought the socio economic and industrial developments of Odisha. By the way, I had the opportunity to receive all my higher education in India at Ravenshaw from 1946 to 1956 (Intermediate of Science, B.Sc. (Hons), M.Sc., Ph.D).

I don’t know, about the programmes of this grand sesquicentennial celebration but, considering the contribution of Ravenshaw College to the country since 1868 to date, I feel the following programmes should be under taken by the Organizers:

2) Ravenshaw has been the pioneer in starting research programme in the area of science and subsequently in humanities in Odisha and this research culture has spread to other institutions during the following years. As a matter of fact, in the beginning of nineteen fifties, only four to five research scholars in Chemistry, Physics and Biological science were working for their doctorate degree with limited resources. I was one of them. I got my doctorate in Electro Chemistry in 1956 under the guidance of the celebrated Professor. Dr. Balabhadra Prasad, who was one of the pioneers in starting research programme in Ravenshaw College for the first time in Odisha. Therefore, it is befitting to hold a Conference on ‘Importance of research in enhancing knowledge in the areas of science, technology and humanities’.

3) Most of the Alumni who have received higher education in Ravenshaw College have contributed significantly towards the industrial and economical developments of Odisha. It would be appropriate if Ravenshaw University organizes a Conference on ‘Conservation and Development of National Resources of Odisha’.

4) When I was a student of Ravenshaw College in Intermediate of Science, B.Sc (Hons) in Chemistry and M.Sc in Chemistry during the period 1946 – 1952, there used to be a lot of sports activities under the leadership of Ravenshaw College particularly in the areas of Football and Hockey. Therefore, it would be befitting to hold football and hockey matches during the celebration year.

The above programmes should be carried out if possible in the national level. as during those days Ravenshaw College was known as one of the “Centre of Learning” in the whole country.