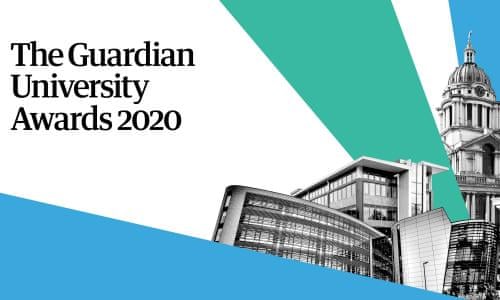 New Delhi: A project that saw approval of a new medicine for childhood epilepsy has been named runner-up in the ‘Research impact’ category at the Guardian University Awards 2020, announced on 25 November.

In September 2019, after many years of research at the University of Reading led by Professors Claire Williams, Gary Stephens and Ben Whalley, a new drug – Epidyolex – became the first cannabinoid-derived medicine to be approved in the EU for clinical use in epilepsy.

Epilepsy affects around 50 million people worldwide. Most can control their seizures with anti-epileptic drugs but for 30% of patients these fail to work or produce intolerable side effects.

Among those who don’t respond to conventional epilepsy drugs are children with two rare forms of the disease called Dravet syndrome and Lennox-Gastaut syndrome. These children can experience dozens, sometimes hundreds, of seizures daily, causing cognitive disabilities and confining them to a wheelchair before they reach secondary school. One third of these children will die before they reach adulthood.

TWO DECADES IN THE MAKING
Professor Claire Williams, a psychologist at the University of Reading, had been involved in research on cannabinoids since the 1990s, while Ben Whalley, professor in neuropharmacology at the university, had conducted experiments on the effect of cannabinoids on rat brain tissue slices.

In 2007, they were approached, along with Professor Gary Stephens, by GW Pharmaceuticals, a company specialising in plant-derived cannabinoid therapeutics, to test the use of cannabinoids in reducing seizures.

Following the success of these tests, GW Pharmaceuticals and Japanese company, Otsuka Pharmaceutical, awarded the team more than £1 million to conduct further research, with a view to developing a drug. Otsuka were so impressed by the teams’ initial data that they sent three of their employees to Reading, who became embedded in the Pharmacology group.

By 2012, the Reading team had shown that cannabidiol (CBD) and another largely ignored natural compound found in cannabis, cannabidivarin (CBDV), both strongly suppressed seizures in several rats and mice treated to model the symptoms, with no serious side effects.

INDUSTRY APPROVAL
The US Food and Drug Administration recommended CBD for approval as the medicine Epidiolex in April 2018 and had been prescribed to more than 15,000 US patients by the end of September 2019.

Professor Parveen Yaqoob, Pro-Vice Chancellor for Research & Innovation, said: “Firstly, I would like to congratulate my colleagues – it’s fantastic to see that all their hard work, over many years, has been recognised.

“Secondly, and more importantly, this project is an example of just some of the ground-breaking research going on here at Reading that has the ability to change the lives of people not just here in the UK, but in the rest of world as well.”

The University of Reading’s work on Epidyolex has been recognised by the British Pharmacological Society, which has awarded Williams, Stephens and Whalley the 2019 Sir James Black Award for Contributions to Drug Discovery.

Scientists are now exploring how use of Epidyolex can be extended for the treatment of other diseases.

Epidyolex is the result of extensive scientific research as well as industry partnership. It is this interdisciplinarity and collaborative spirit that the University nurtures as part of its ambitious Health Strategy which aims to identify new opportunities to contribute to healthcare and health-related research, both regionally and nationally, working more closely with our NHS partnerships.