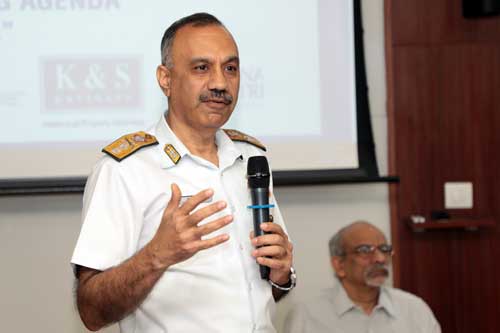 “The aim of the workshop is to deliberate on some of the key policy challenges that have come up in the realm of Intellectual Property Rights (IPRs) before India and other emerging economies in recent years, and propose a forward-looking agenda for the coming years in order to render IPRs as a vehicle for rapid economic growth,” said Prof. A. Damodaran, Faculty from the Economics and Social Sciences area at IIMB, and DPIIT Chair Professor on IPRs.

In his welcome address, IIMB Director Prof. G. Raghuram called for a culture of innovation that will help build an ecosystem for Geographical Indications (GI) and IPR. “Karnataka tops the GI table in the country (41); there is a big opportunity and we should leverage it,” he added.

“The valuation of a company is exponentially driven by the IPRs that it can access,” said Shekar Viswanathan, Vice Chairman & Whole-time Director, Toyota Kirloskar Motors Private Limited. Advising young managers at the workshop on how to build a company’s valuation using IPR, he cited the example of how Toyota derives valuation from companies like Bosch which provide innovative technologies.

Ullas Kamath, Chairman, FICCI KSC & Joint Managing Director, Jyothy Laboratories Limited, Bengaluru, said: “The biggest competitor for us is look-alikes and counterfeit products – the fakes! We hope the workshop provides us a way forward on how to protect our IPRs.”

Canadian Authors and Illustrators Shine as the 2021…

University of Queensland startup gets $1.3 million…

Rear Admiral Atul Khanna, VSM, Additional Director General, DQA(N), Ministry of Defence, Department of Defence Production, said: “India is the largest importer of arms. After decades of being independent, we are still importing defence equipment from the world market. As one of the largest economies of the world, being dependent on foreign arms suppliers is to deny our people job opportunities in this sector, and it is a very serious matter.”

Referring to the industrial revolution, he said that while the rest of the world benefitted from the revolution, it happened at a time when India was under British rule. “At that time, industry was not there in India, leave alone defence industry!” After 1947, he explained, India had come ‘from zero to 50 per cent’ in terms of meeting its defence requirements. “We have come a long way, but we have a long way to go. We have harnessed the low-hanging fruit. We now need to develop our own cutting-edge technology because the technology that we require will never be on sale or effectively licensed. To take ‘Make in India’, in defence, to the next level, we have to create an IP and R&D ecosystem involving academia and industry,” he explained.

In his keynote address, OP Gupta, Controller General of Patents, Designs & Trade Marks, GoI, gave an overview of the National IPR Policy, its aims and objectives, and said: “We have granted patents even within 81 days.”

The speakers, at the panels, provided a strategic overview where issues were discussed with reference to the National IPR Policy and its ability to energize the Indian and global business opportunities; the artiste/performer’s rights in the light of more distributed systems of digital and music and dance production in recent times; streamlining transfer of technology through effective modes of licensing; and issues regarding royalty payments which are relevant to the macroeconomic considerations associated with India’s external sector; the extensive work that has gone into protecting traditional legacies and ingenuity of artisans/farmers and the road ahead; modernizing IPR administration in India in the interest of faster and more efficient and qualitative improvements in the processes of IPR applications; data protection for not only privacy but also to safeguard commercial value and are even relevant to patent grant and protection, and synergies with Make in India, Start Up India and Digital India in the larger interests of technological upgradation and successful deployment.

The Conference has put together a set of concrete actions and implementable recommendations that shall determine the policy agenda in India on IPRs. Professor Damodaran of IIM Bangalore shall, with the support of FICCI, take this agenda forward.

“These topics are critical as they could make a difference to technology and capital sourcing that will differentiate India from the rest of the BRICS members,” said Professor A. Damodaran, whose report on Royalty Payments submitted to the Government of India has triggered debate surrounding the six issues that the conference covered.