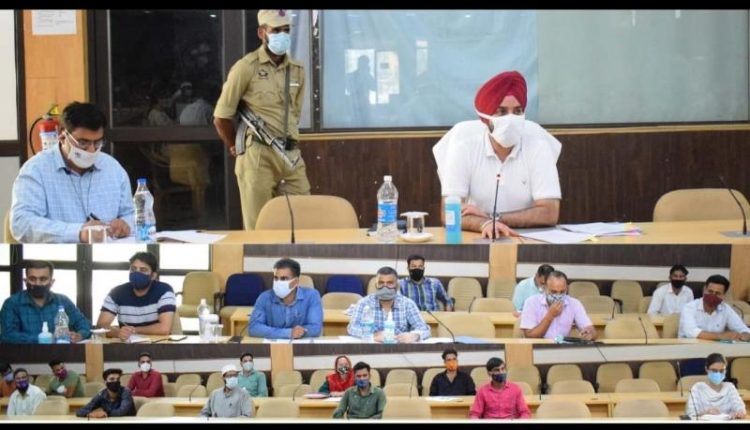 Reasi: 70 loan cases sanctioned under Mumkin Scheme through draw of lots; Around 55 applicants participate in selection of beneficiaries

During the meeting, a threadbare discussion was held on different aspects of the scheme to ensure hassle-free and time bound approval of cases.

Beneficiaries from different areas of district, especially from far-flung areas of Mahore, Chassana and Arnas participated in the draw of lots.

Around 89 cases were brought before the Committee and after conduct of ‘Draw Of Lots’ 70 cases of unemployed eligible persons of the district were approved.

Highlighting the importance of the scheme, the Chairman DLIC/ Deputy Commissioner said “MUMKIN” scheme is a livelihood generation scheme launched by the Government through which aspiring eligible unemployed youth can avail benefits to purchase light commercial vehicles to earn livelihood under subsidized norms.

The Chairman DLIC further informed that rest 19 cases will be be placed before the Committee for approval in coming days.

The Deputy Commissioner exhorted upon AD Employment to screen the remaining applications and bring more progressive youth under the ambit of the scheme by disseminating awareness.

The Chairman directed the concerned officers to complete other process including license verification from RTO, NOC from DIC so that all approved cases are submitted to concerned agencies.

The meeting was informed that beneficiaries under the scheme are supported by scheme partners and Government through 20 percent of the on road price of the vehicle as subsidy in order to meet their margin money management including insurance/ registration charges and initial repayment obligations (EMIs).