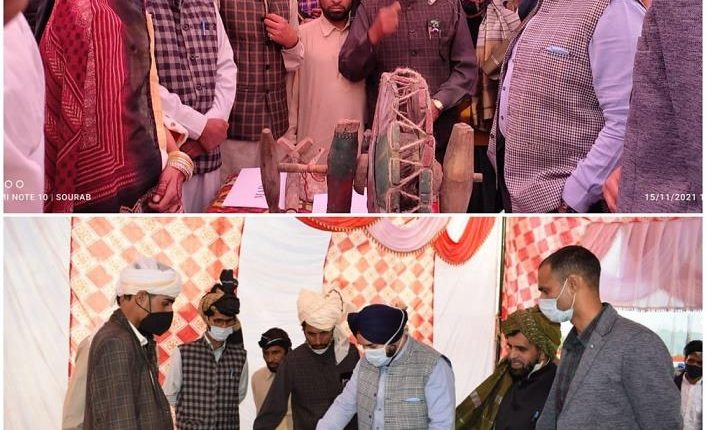 Addressing the gathering, the DC said that 15 November, the birth anniversary of Tribal Freedom Fighter Birsa Munda, has been declared as ‘Janjatiya Gaurav Divas. “This Week-long celebrations have been planned from 15th November to 22nd November to commemorate the glorious history of tribal people, culture and achievements. ”he added.

He further stated that the decision to celebrate November 15 as Janjatiya Gaurav Divas is also a move to honour brave tribal freedom fighters and make the youth aware of their sacrifices.

A scintillating cultural programme by local tribal youth was also presented on the occasion.

The District administration has planned a week long activity calendar in coordination with Jammu and Kashmir Tribal Affairs Department to celebrate the glorious Tribal history and heritage,