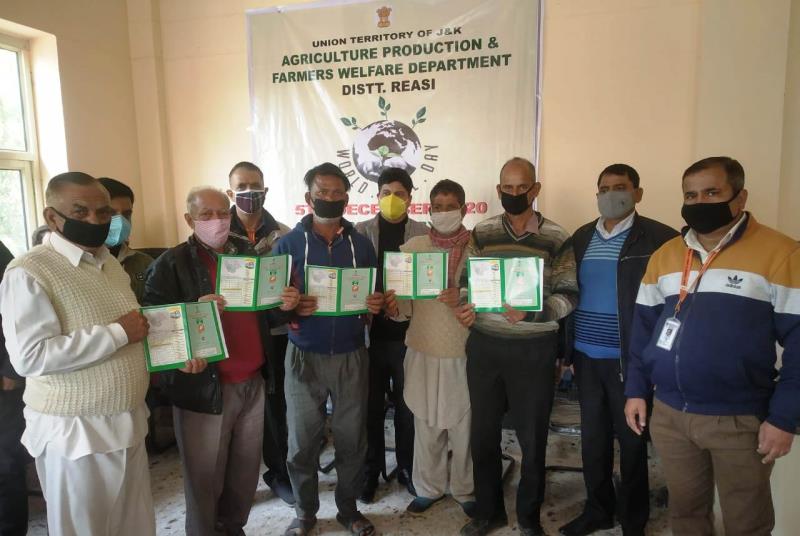 The Program was held as a part of Kissan Ghosti under ATMA Scheme and was attended by about 50 farmers including PRI Members.

Chief Agriculture Officer, Ravinder Thaploo emphasized on mandatory use of soil testing by farmers in order to protect and preserve the nutrients as well as useful micro organisms in the soil.

Earlier, Rakesh Kr Sharma started the proceedings by giving a brief account of the purpose and background of celebrating 5th December as Soil Health day.

Sub Divisional Agriculture Officer, Guldev Raj, gave a detailed account of different activities being under taken by Department of Agriculture Reasi including programs for improving the production and productivity of different crops. Apart, he said the cultivation of Lemon Grass and support for marketing its byproducts is being promoted to ease the problems of farmers affected by monkey menace.

AEA, Kumar Gaurav, briefed the farmers on cultivation of mushroom as a part of doubling the income of farmers by 2022.

University of Cape Town: It’s time for Africa to ‘roll up its sleeves and take…