The Tohoku University Graduate School of Agriculture recently hosted a symposium, to provide evaluations and updates on its reconstruction projects in rural areas affected by the 2011 earthquake and tsunami.

The lectures highlighted the work of the Tohoku Agricultural Science Center for Reconstruction (TASCR), which was set up in 2014 to develop interdisciplinary research on large-scale natural disasters and environmental deterioration. It has also run agriculture reconstruction education programmes and certified some 460 “Meisters,” many of whom currently work or volunteer on regional projects. 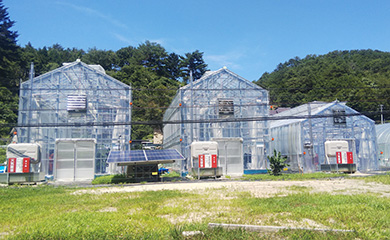 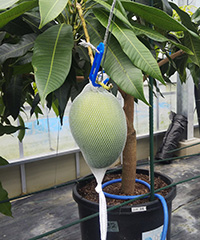 One such project is the cultivation of clean tropical fruits and organic tomatoes in Fukushima’s Katsurao Village, after the accident at the Dai-ichi Nuclear Power Plant led to concerns about the safety of local produce. With funding from the Fukushima prefectural government, TASCR and Associate Professor Kazuhisa Kato started the Katsurao Plant Factory in 2018.

The facility has three greenhouses, in which several types of organic tomatoes and 30 mango trees are being cultivated. Each greenhouse is fitted with technology that can control temperature, humidity and carbon dioxide concentration, and the crops are monitored by researchers and staff through multiple cameras, an automatic data storage system and regular site visits. 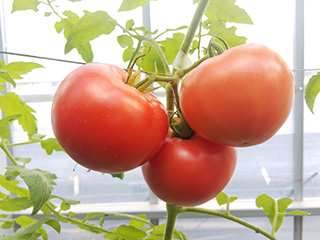 “When the funding runs out in 2021, this Katsurao Plant Factory will transition to a joint-research project with one of the commercial companies we have been working with, to try to create new agricultural businesses in the Hamadori area,” said Kato. “Our goal is to develop a method for harvesting bigger and uniformly sweeter products that people want to eat.”

In his lecture, Professor Minoru Ikeda described how the university’s Onagawa Marine Field Centre had to be rebuilt after the 2011 tsunami completely destroyed the laboratories there. 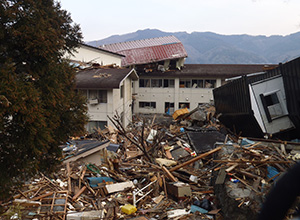 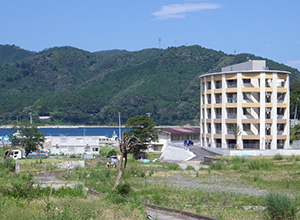 “We probably lost several hundred million yen of pure research,” he said. “But even worse, there were some samples and data that will never be available again. That’s now lost forever.”

In the decade since the disaster, the centre has been monitoring the recovery process of the coastal ecosystems and doing research on the state of genetic diversity in coastal marine organisms. 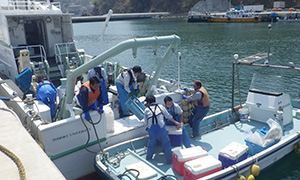 “I think one significant result of the disaster in 2011, is that it shifted the motivation for research,” said Ikeda. “The movement to use science in the region’s reconstruction has led to many researchers choosing research topics that are practical or necessary, rather than to satisfy an academic curiosity.”

Other speakers at the symposium included: Pofessor Hiroyasu Kitashiba, who spoke of an effort to restore farmland in tsunami-affected areas using salt-tolerant cruciferous plants; Associate Professor Yoshihisa Suyama, who has been studying the genetic diversity of tree species around Japan using state-of-the-art analytics; and Associate Professor Chinatsu Yonezawa, who has been monitoring large areas of devastation using aerial observation techniques, to assess the impact of reconstruction efforts on ecosystems. 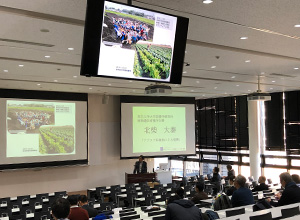 Local stakeholders Takafumi Kawaguchi of Higashimatsushima City, and Kazunori Iwaya of Katsurao Village in Fukushima, also shared insights on the recovery efforts in their areas from the grassroots level.

“I think in general, most of us working on TASCR projects have achieved our initial objectives, but of course there is always more work to be done,” said Shinichiro Ogura, Deputy Director of TASCR, and a professor at the Graduate School of Agriculture. “For example, several challenges that we did not anticipate when we first started have become apparent, such as the idling of land due of the aging population in many rural villages. That is definitely something we need to address going forward.” 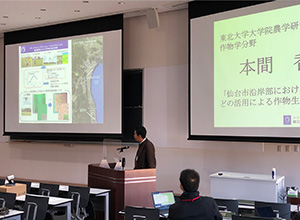 A potential solution might be found in the innovative use of technology, as described by Professor Koki Homma in his lecture. He spoke of evaluating crop productivity using drones over Sendai City’s coastal areas. Like the devices in the Katsurao Plant Factory greenhouses, new technology and AI can be used to provide highly accurate monitoring and environmental control in rural projects, he said.

“Traditional farming methods might not be practical for Japan’s ageing farmers. With IT, some activities can be less labour intensive, and some can even be done remotely. This might help to attract more young people to become farmers, especially in disaster-affected areas.” 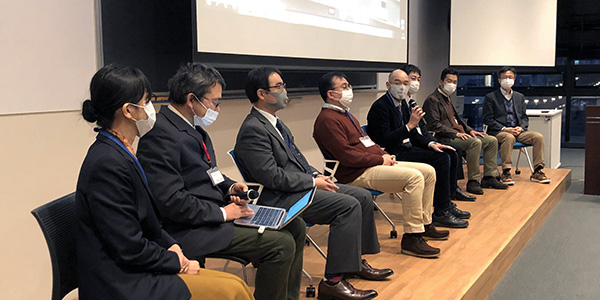 The symposium attracted more than 70 participants, many from disaster-affected communities. There was a lively discussion session after the lectures, where the participants had a chance to engage with the researchers, and to ask questions about current and future projects.

Heriot-Watt University: Waitrose to take wireless charged e-Vans for a spin in London

iednewsdesk Jan 21, 2022
In recognition of outstanding work to recruit and support gender diverse students, the EPSRC Centre for Doctoral…