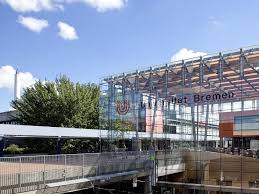 Professor Bernd Scholz-Reiter, Rector of the University of Bremen, has again been elected Vice President of the University Rectors’ Conference (HRK). His focus is still on international issues. He has held the office since December 2018.
The re-election for another year of the term of office, which officially begins on December 1, 2020, took place for the first time in a video conference at the HRK General Assembly on November 24, 2020. A total of three new members were elected to the HRK Presidium and two confirmed in their offices. The German Rectors’ Conference (HRK) is the voluntary association of state and state-recognized universities in Germany. The member universities are represented in the HRK by their Presidia and Rectorates.

Advocate for university autonomy and academic freedom worldwide
As Vice President for International Affairs, Professor Scholz-Reiter represents the interests of German universities internationally in the HRK and supports their members in the internationalization process. During his second term of office, the main focus is on the principles of university autonomy and academic freedom. These must be upheld and defended internationally. In some countries they cannot be taken for granted and are in danger. Scientists could not teach and research freely or would even be persecuted. In Iran, a scientist is currently facing the death penalty. “We therefore have to as HRKadvocate worldwide for those who cannot openly stand up for their own university autonomy and academic freedom, ”says Scholz-Reiter. In the case of the scientist in Iran, the HRK is currently campaigning to overturn the death sentence against him and to release him from custody.