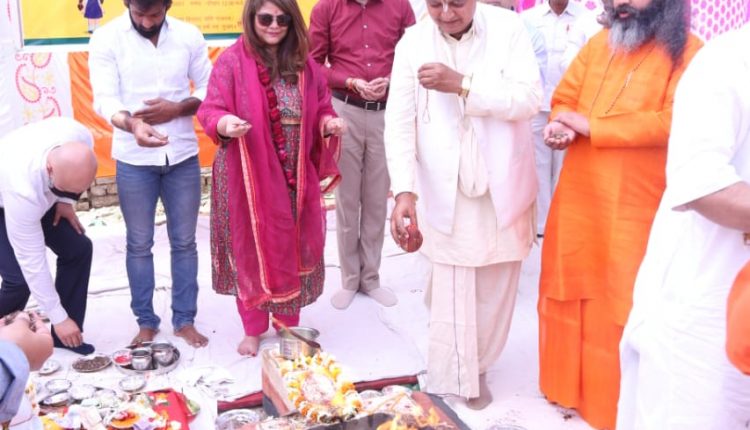 New Delhi: Religare Enterprises Limited, a diversified financial services conglomerate, has been working on the various socially relevant causes and on the similar lines it has adopted a school in a remote area of Mathura namely, Ucch Prathmik Vidyalaya in Nandgaon, Dehat, Mathura. Religare Enterprises will be working to uplift the standards of education and sponsor reasonably good infrastructure to the students of the school.

Ucch Prathmik Vidyalaya, Nandgaon, is a State Government school in Nandgaon Dehat, Mathura District in Uttar Pradesh. The school is a middle school till class 8 and has land area of about an Hectare. Currently 150 Girls and 121 boys are enrolled in the school and there are 9 teachers. However the infrastructure of the School requires improvement due to old construction and lack of maintenance.

As part of its Corporate Social Responsibility (CSR) initiative, Religare would be providing adequate financial support for reconstruction, repair and renovation of the School Building and related amenities. With a vision to facilitate integrated and holistic development of the school, the organisation aims to promote education by conservation and renovation of the school like building a new block consisting of additional rooms, auditorium, computer room, toilets and playgrounds etc.

The boomi poojan of the infrastructure development project of the school was done by Dr. Rashmi Saluja, Executive Chairperson, Religare Enterprises in the august presence of VIPs from Local Administration, Sant Samaj of Braj and Senior members of Religare Management.
Sharing insight on the initiative, Dr. Rashmi Saluja, Executive Chairperson, said, “Being a socially responsible brand, Religare believes to prepare our children for a better future, quality education is imperative for India’s holistic development. The renovation of this school is a small step towards creating an environment that enables effective learning and prepare children for future endeavours towards nation.”

The initiative of revamping of the school ecosystem and making a positive difference in the community, Religare reaffirms its commitment towards the society.