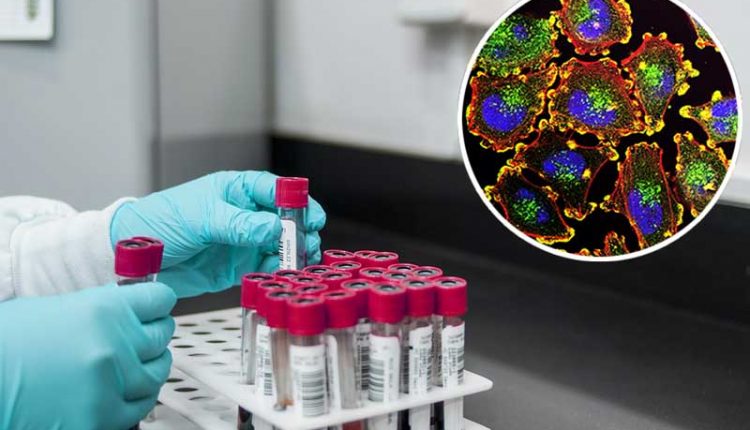 Gurugram : A team of researchers from Apeejay Stya University(ASU)’s Biotech department, including Dr. Mohammad Zeeshan Najm, Visiting Scientist at ASU and Dr. Vyas M Shingatgeri, Dean, School of Biosciences at ASU, along with four students, found out new dimensions pertaining to the crucial role of key Hippo pathway genes in progression of Cancer.

During their study, the team of researchers observed that that when targeted therapy drugs were administered to patients after analysing multiple genes involved in the Hippo signalling pathway, the patients responded efficiently to the treatment and there were no relapses. The finding can pave the way for a breakthrough in the treatment of cancer. Targeted therapy or precision medicine is a cancer treatment that uses drugs to target specific genes and proteins that are involved in the growth of cancer cells. Thus, a better understanding of the Hippo pathway is essential to untangle tumour biology and to develop novel anticancer therapies.
“In the Prohibitin gene we observed significant Missense mutation, a genetic alteration in which a single base pair substitution alters the genetic code in a way that produces an amino acid that is different from the usual amino acid at that position. We also found a significant association between age and mutational status of the gene. In CYP1A1 gene five novel mutations were observed and were significantly linked with the stages of breast cancer. We did a mutational analysis of the p53 gene on the hot spot regions and did not find any mutation in the p53 gene in our case study. All these findings suggest the overbearing role of these genes in progression of breast cancer,” said Dr. Zeeshan Najm.

During the course of the study, the Apeejay Stya University researchers also found that mutations (type of change in the DNA) in p53, CYP1A1 and Prohibitin gene. Further we compared the expression pattern (the process by which the information encoded in a gene is used to direct the assembly of a protein molecule) of p53, CYP1A1 and Prohibitin genes in Indian Female Breast Cancer Patients and normal individuals by Immunohistochemistry (IHC) and clinically correlated with the patients data. IHC is a special staining process performed on fresh or frozen breast cancer tissue removed during biopsy.
Cancer is a leading cause of death globally and there are no current treatments available to efficiently treat the disease as the tumour is often diagnosed at a distant stage. Moreover, Cancer cells are often resistant to chemotherapy, radiotherapy and molecular-targeted therapy. Hippo signalling is a complex tumour suppressor, and its deregulation is a key feature in many cancers. The Hippo-signalling pathway regulates cell proliferation and organ size.
The dysregulated growth of cancer cells may be attributed to different mutations in the cancer related genes and examining these genes along with the associated pathways may assist in decreasing the burden of the disease in terms of treatment and survival time. The Hippo pathway was first discovered and linked to human cancers in the year 2002.
The School of Bio-sciences at ASU has been implementing its expertise in various community development programmes. Earlier, Under the Science for Society program, SBS organized a Health Awareness Camps in the villages of the Uttarakhand. These camps focused on the Women Reproductive Health, Iodine Deficiency Disorders & Malnutrition. In these Camps UP/PG Students along with PhD Students & SBS staff visits the places and create the awareness among the villagers on relevant health issues, hygiene and sanitation.

University of Zurich: Building and repairing the brain

India Education Diary Bureau Admin Oct 23, 2021
Gandhinagar: With Diwali just around the corner, markets are flooded with all kinds of readymade decorative lamps.…

University of Cape Town: Road impacts on ecosystems in sub-Saharan…

University of Cape Town: Explaining the super-groups of humpback…