An analysis of prehistoric ape fossils previously discovered in Hungary and Spain is adding weight to the theory that the ancestors of African apes and humans evolved in Europe before migrating to Africa between nine and seven million years ago. 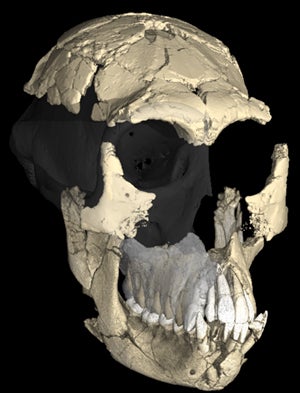 A re-examination of the inner ear canals of two extinct great ape fossils from approximately 10 million years ago – Hispanopithecus from Spain, and Rudapithecus from Hungary – shows a close relationship with humans and living African apes, according to a study by an international team of researchers published recently in the journal Proceedings of the National Academy of Sciences of the United States of America.

The specimens date back to a period three to four million years before the oldest known potential pre-human from Africa, the six to seven-million-year-old Sahelanthropus from Chad.

“The new evidence from the inner ear supports the hypothesis that hominines originated in Europe and dispersed into Africa along with many other mammals between nine and seven million years ago, but does not definitively prove it,” says David Begun, a professor in the department of anthropology in the Faculty of Arts & Science and one of the co-authors of the study.

“Compared with all contemporary apes, the inner ear structures of both Hispanopithecus and Rudapithecus most closely resemble those of African apes,” adds Begun, who led a team that discovered a Rudapithecus skull during field excavations at the Hungarian site of Rudabánya, where Begun has been directing research since 1997.

“The inner ears of Rudapithecus in particular are remarkably similar to those of living chimpanzees and gorillas, which are the closest relatives of humans.” 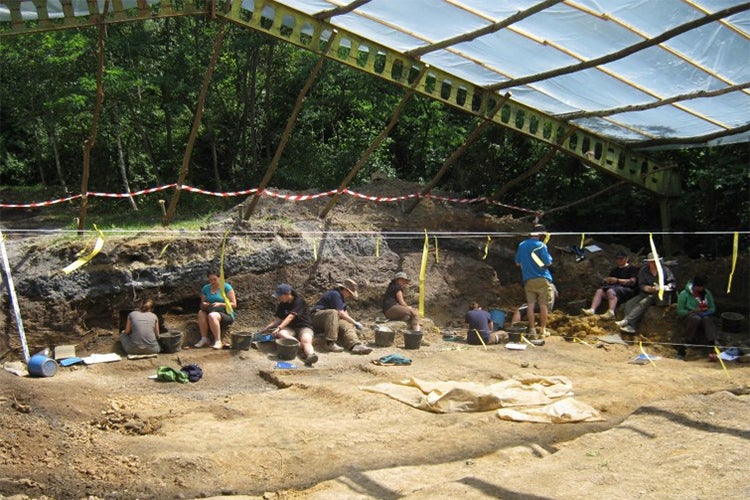 U of T anthropologist David Begun led a team that discovered a Rudapithecus skull during field excavations at the Hungarian site of Rudabánya, where Begun has been directing research since 1997 (photo courtesy of David Begun)

The two species lived about 10 million years ago during the Miocene epoch and are members of an extinct tribe known as dryopithecins, a sub-group of the family of hominids that includes a range of great apes, both living and extinct. Hominids, in turn, are divided into two subfamilies: the pongines, which include orangutans that evolved in Asia, and hominines – the group that includes African apes (chimpanzees, bonobos, gorillas), humans and their fossil ancestors.

While establishing relationships between living and extinct species that make up the tree of human evolution is one of the great challenges in paleoanthropology, it is well accepted that Miocene great apes play a significant part in completing the puzzle. Using advanced micro-CT scanning technology, the researchers analyzed the kinship between the species based on the structure of their semi-circular inner ear canals. This anatomical structure has previously revealed itself to be informative in reconstructing the genetic relationships between fossil primate species.

The technique allowed the researchers to analyze the deformation between continuous surfaces of the bony structures, and then to quantify the differences in shape between individuals and species. Begun and his colleagues were able to better describe these features of Hispanopithecus and Rudapithecus and compare them with apes living today.

“The results confirm that both are indeed hominids according to their robust canals, which is a unique character of great apes and humans,” says Begun.

He adds that, over time, changes in the semi-circular canals of the inner ear, which are involved in balance, also help to explain how humans evolved from spending most of their time in the trees to coming down to the ground.

Researchers, however, remain divided in their view of how dryopithecins are related to living apes. Some feel they are most likely to be a remnant of the great apes that lived before the Asian and African branches split. Others, including Begun, believe that dryopithecins are already on the hominine line.

“Even though the specimens predate the earliest known hominines from Africa by at least three million years, more evidence is needed,” says Begun who, along with his students, is currently studying new fossils from Europe that he hopes will resolve this debate.

Diabetes drug could prevent brain damage in children receiving radiation for tumours: U of T study