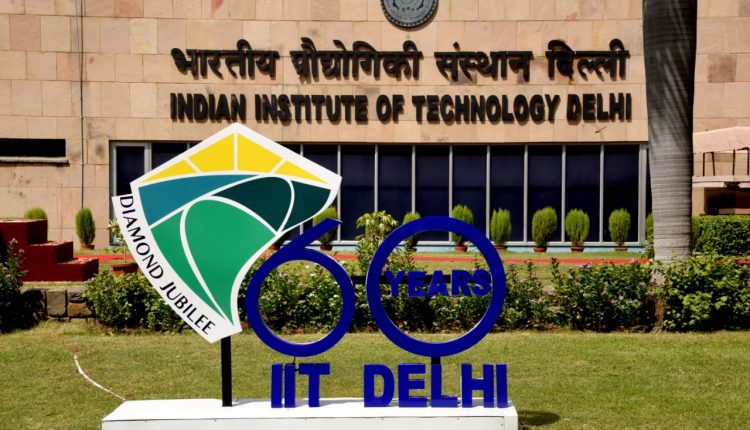 MANDI : A multi-Institutional team from IIT Mandi, IIT Delhi and Yogi Vemana University have replicated the structure of the leaf in a low cost inorganic catalyst to enable light-induced production of green hydrogen and ammonia.

Results of their recent work, a team led by Dr. Venkata Krishnan, Associate Professor, School of Basic Sciences, IIT Mandi, has published an article in the prestigious Journal of Materials Chemistry A. The article is co-authored by his research scholar, Dr. Ashish Kumar from IIT Mandi. The other authors include his collaborators, Dr. Saswata Bhattacharya and Mr. Manish Kumar from IIT Delhi, and Dr. Navakoteswara Rao, and Prof. M.V. Shankar from Yogi Vemana University, Andhra Pradesh.

As early as 1912, a pioneering Armenian chemist, Giacomo Ciamician, in his paper titled “The Photochemistry of the Future,” challenged the scientists of his day to imagine using sunlight to produce chemicals much like plants do in photosynthesis. This challenge was met in the 1970’s with researchers showing the possibility of harvesting the sun’s light energy to produce chemicals through the use of special light-activated materials called photocatalysts, thus heralding what is now known as the photocatalysis era. Since then, many photocatalysts have been discovered to bring about light-enabled reactions for various purposes, and studies are ongoing in many areas of photochemical synthesis to discover new photocatalysts and improve existing ones for better performance.

“We have been interested in improving the efficiency of photocatalytic processes for the production of hydrogen and ammonia, because these two substances are industrially important,” said Dr. Krishnan. Hydrogen is a green energy source and ammonia is the backbone of the fertilizer industry. Both hydrogen and ammonia are being manufactured through processes that consume large amounts of energy in the form of heat and also release greenhouse gases. The use of photocatalysis in the production of these two chemicals can save not only energy and costs, but also have significant environmental benefits.

The researchers have addressed the main bottlenecks of photocatalysis – poor light absorption, photogenerated charge recombination and the need for catalytically active sites to use sunlight effectively to drive chemical reactions. They have improved the properties of a low cost photocatalyst, calcium titanate through an approach called ‘defect engineering’ and have shown its efficacy in producing green hydrogen and ammonia in two light-driven reactions. Specifically, the defect engineering was done by incorporation of oxygen vacancies in a controlled manner. These oxygen vacancies act as catalytically active sites to promote the surface reactions and thereby enhance the photocatalytic performance.

“We were inspired by the light harvesting mechanism of leaves and replicated the surface and internal three-dimensional microstructures of the leaf of the Peepul tree in the calcium titanate to enhance the light harvesting properties,” said the lead researcher. By this way, they improved the efficiency of light absorption. In addition, the introduction of defects in the form of oxygen vacancies helped to solve the problem of recombination of photogenerated charges.

The scientists studied the structural and morphological stability of the defect engineered photocatalyst and showed that their photocatalyst showed excellent structural stability as the engineered oxygen vacancy defects were well-retained after recyclability studies. They used the catalyst to produce hydrogen from water and ammonia from nitrogen, using the sun’s rays as the activator at ambient temperatures and pressures.

Dr. Venkata Krishnan expects that their work would provide a direction for the smart design of defect-engineered three-dimensional photocatalysts for green energy and environment oriented applications.