The open oceans are harsh and hostile environments where insects might not be expected to thrive. In fact, only one insect group, ocean skaters, or water striders, has adapted to life on the open seas.

How these insects evolved to conquer the high seas, however, was not known.

Now, a study of the genetics of skaters provides a clue. The answer has to do with when major currents in the eastern Pacific Ocean came into existence with each species of skater evolving to match the unique conditions of those currents.

Scientists from the National University of Singapore (NUS) and Scripps Institution of Oceanography at UC San Diego examined the genetics of three ocean skater species collected with dip nets across the eastern Pacific between Hawaii and Peru. The results of the study revealed that the skaters became specialised on different current systems, as those currents changed into their modern configurations.

The findings could unravel the mystery of how each skater species came to occupy habitats vastly different from those of other insects, and also deepen our understanding of how climate change affects ocean-dwelling organisms.

“It is amazing how the ocean skater’s genetic history is closely tied to that of our oceans,” said study leader Dr Wendy Wang, an entomologist from the Lee Kong Chian Natural History Museum at NUS. “The open ocean is an extremely hostile environment, with direct sunlight throughout the daytime, strong winds and limited food. The abilities of their body covering or cuticle to protect their internal organs from heat and ultraviolet damage, and to survive violent storms and find food in this unique habitat where no other insect could demonstrate their unique ecological roles in the ocean. These characteristics make them fascinating subjects of study for materials science and extreme biological adaptations.”

The research team first reported their findings in the journal Marine Biology on 5 September 2021.

Ocean skaters live their entire lives perpetually running about on the surface film of the open seas, enduring lashing storms and feeding on tiny prey trapped on or just below the ocean surface. Currently, there are five known oceanic species of the genus Halobates. While information about where they can be found are well-established, little is known about their genetic variation, and how physical factors like ocean currents, temperature and winds affect their distribution.

The research team conducted a genetic study of three of those skater species collected from offshore Mexico to Peru, and as far out to sea as Hawaii. Most of the specimens were skimmed from the ocean surface with dip nets by Dr Lanna Cheng, a marine biologist at Scripps Oceanography, and study co-author. Dr Cheng is a world expert who has devoted her research to Halobates, and she has been studying the genus for almost five decades. 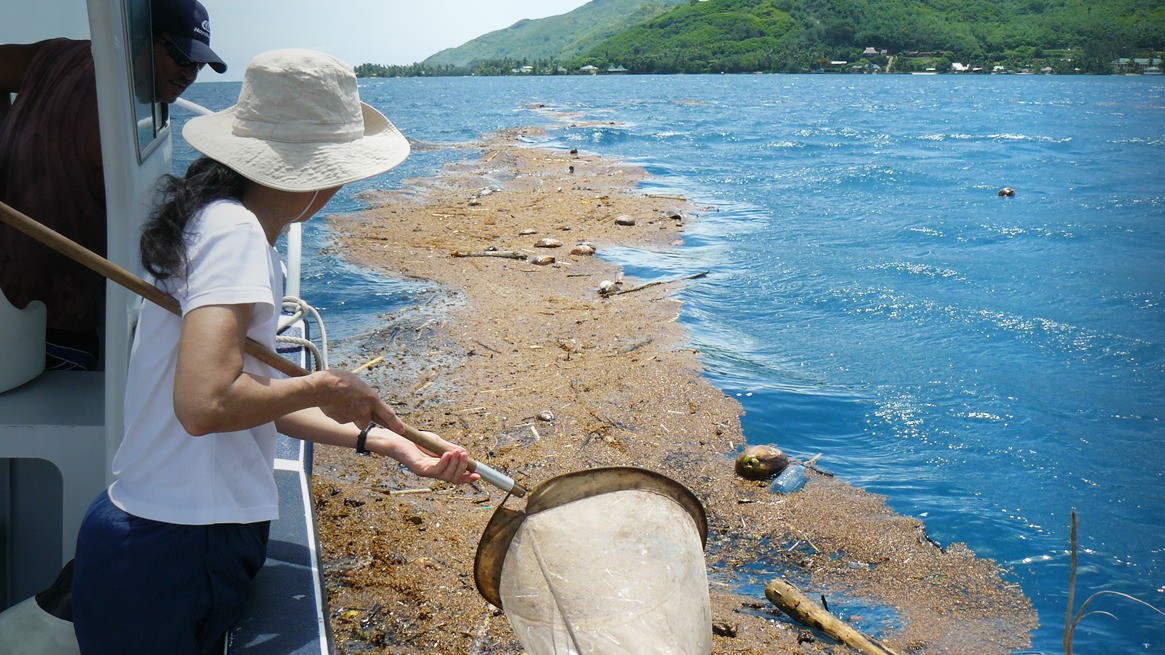 Dr Wang led the gene sequencing and genetic analysis of nearly 400 specimens across the three species. The researchers uncovered distinct genetic variations among the species that illustrate very different stories of population growth and development during ancient times.

These formative dates match past climate events. H. splendens is now found in the rich, productive waters of the cold tongue that originates off the coast of South America as the Peru current. Climatological data showed that this physical feature of cold surface water came into existence a million years ago, just at the same time as the period of growth in the genetic diversity and populations of H. splendens.

The other two species H. sobrinus and H. micans were determined to have diversified in the warm, relatively unproductive waters of Central America. The populations of both species expanded when El Niño climate patterns caused warm ocean water to move into the eastern Pacific Ocean. The El Niño effects were especially strong in the habitats of both H. micans and H. sobrinus about 100,000 years ago, coinciding with the time these species developed their modern genetic patterns and population sizes.

“With no apparent physical boundaries in the open ocean to stop them, Halobates can skate practically from the coast of California across the entire Pacific Ocean to Japan and beyond,” Dr Cheng said. “Two of the species studied in this paper, H. sobrinus and H. splendens, however, have never been found to venture beyond the eastern Pacific Ocean and we didn’t know why. This paper gave us the clue from their ancestry.”

Scripps Oceanography’s Professor Richard Norris is a paleontologist who, for the study, matched the expansion of ocean skater populations to the time periods when the fossil record suggests the modern currents first formed.

“The genetics show that the three species we studied each had periods of population growth that fit eerily well with geological evidence for when the current systems they live in came into existence,” said Prof Norris. “Perhaps I shouldn’t be surprised, since it is common for marine creatures to specialise on particular ocean conditions, but these skaters live on top of the ocean. Apparently, even the character of the sea spray and water surface film is different enough between currents to matter to these guys.” 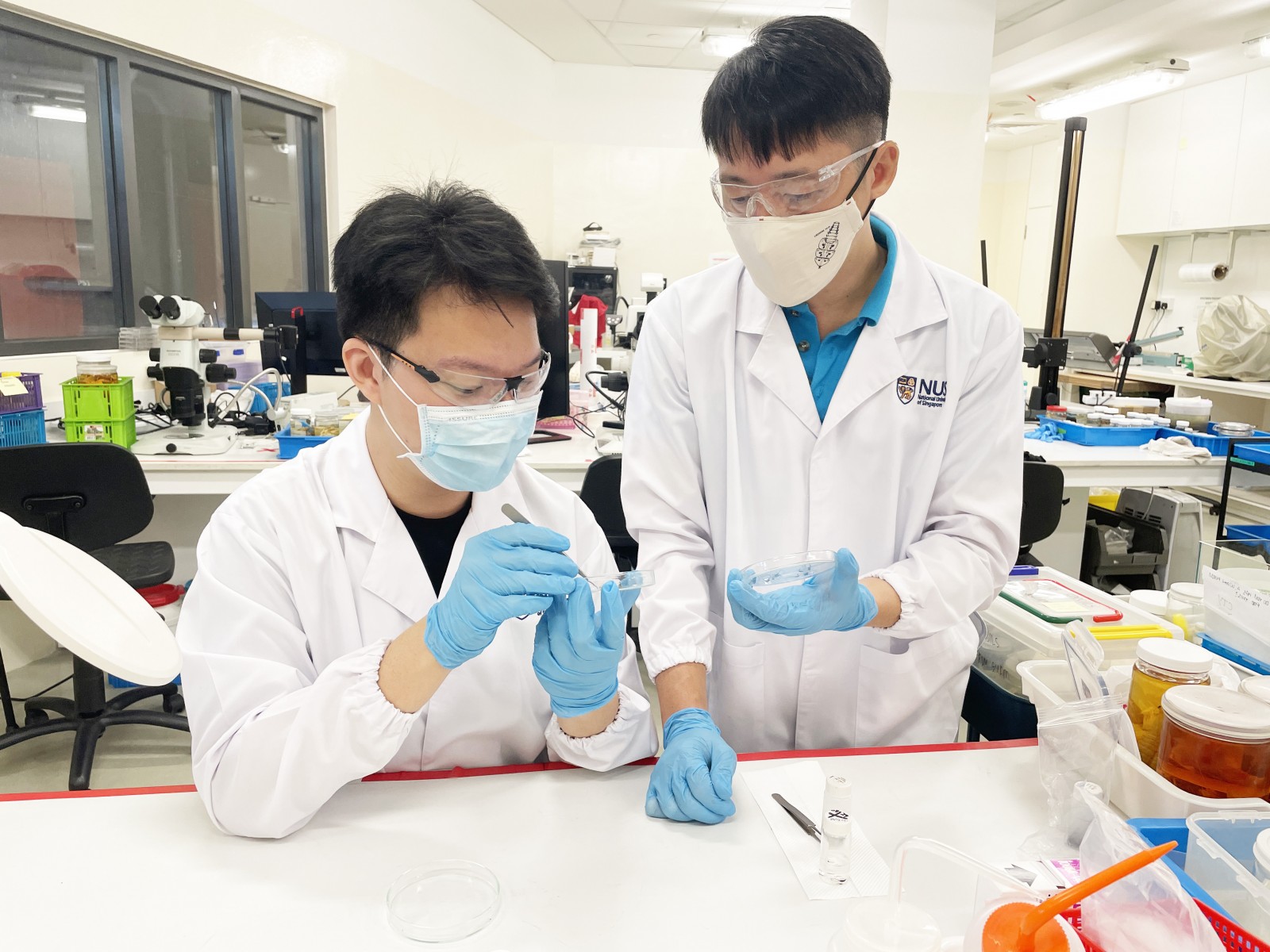 Dr Wang elaborated, “The findings of our study highlight the deep influence of climatic conditions on marine populations. The results also contribute towards understanding the fates of ocean-dwelling organisms as ongoing climate change accelerates in the coming decades.”

To expand their knowledge, the researchers will continue to examine the population dynamics of this enigmatic marine insect by studying their genomes.

“Drawing on the key insights from this study, together with our ongoing work, we aim to connect the evolutionary origins of various Halobates species, and uncover how they came to occupy the surface ocean and coastal habitats in present day,” shared marine biologist and co-author Assistant Professor Huang Danwei from the NUS Department of Biological Sciences, and an alumnus of Scripps Oceanography.

Co-author Mr Marc Cheng added, “Having genetic data is especially useful for organisms such as the ocean skaters which we are studying as we are unable to observe them ethologically in their natural environment to track their population.” He is a doctoral student at NUS who is using DNA sequencing methods to uncover the genetic basis to life on the sea surface.

University of Freiburg: Modern wind turbines can more than…

University of Freiburg: Modern wind turbines can more than compensate for decline in…