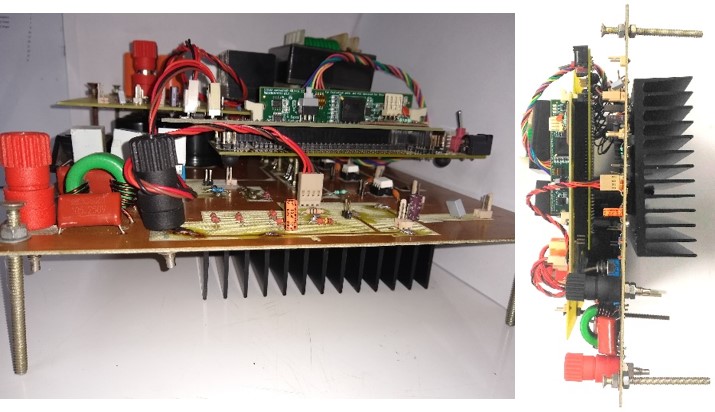 New Delhi: Creating a path-breaking initiative, scientists of IIT (BHU) Varanasi have developed a new technology for charging Electric Vehicles. In response to the Government’s various policies to ease the rules of EV charging stations, the team of researchers from the Department of Electrical Engineering at the institute developed a new technology for onboard chargers for vehicles, which costs about half of the current on-board charger technology. Using this technique will reduce the cost of two and four-wheeler electric vehicles.

Giving information about the new technology, Dr. Rajeev Kumar Singh, Associate Professor and Chief Project Investigator of the Department of Electrical Engineering said, “The rising prices of petrol and diesel in the country is worrisome for the common man. Amidst the rising cost of petroleum products and rising pollution levels, electric vehicles (EVs) are the best alternative to conventional IC engines but lack of high power off board charging infrastructure forces automakers to incorporate onboard chargers into the vehicle itself. The vehicle owner can charge the vehicles through the outlet and hence, this leads electric vehicles become very expensive.”

Dr. Singh informed that this research is financially supported by the Ministry of Electronics and Information Technology (MeitY), Government of India. This innovative technology of the institute will also contribute to the e-mobility mission of the government. With the help of this new technology, the charging infrastructure of vehicles in the country will be improved and the access of the general public to electric vehicles will be possible easily. He explained that the electric vehicle contributes to sustainable development as it improves community health by eliminating tailpipe emissions, reducing reliance on fossil fuels and, with the integration of renewable energy into existing electricity networks, lower electricity rates can be reduced. The institute will soon set up an interdisciplinary center on EV technology.

Director of the Institute Prof. Pramod Kumar Jain said, “The developed technology will help in the production of low-cost electric vehicles which will be beneficial for the common man. The techno-commercial, social, economic and environmental impact of technology will also be positive. The technology will improve charging infrastructure and support the government’s mission to bring electric vehicles on Indian roads in a big way.” Prof. Jain also informed that a few projects on developing autonomous vehicles, connected vehicles are already underway with IIT (BHU) Varanasi. One such project is Averera project which has already won first prize globally in the Shell Eco Marathon last year. He further said that the IIT (BHU) Varanasi is planning to set up an interdisciplinary Centre on EV technologies to carry out design, fabrication, and testing of battery management systems, commercialize research, provide solutions to R&D problems and develop human resources in this area.”

University of Cambridge: Katherine Parr did not persuade Henry VIII to found…

iednewsdesk May 18, 2022
King Henry VIII had already made up his mind to found Trinity College Cambridge and Christ Church Oxford before…