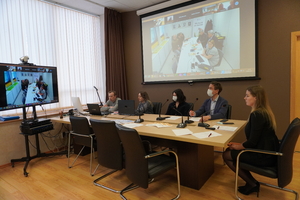 Results of the bench press competition at PetrSU

The task was to lift the maximum number of times a barbell weighing 40 kg for boys and 20 kg for girls. Mark Kondratyev (Institute of Physical Culture, Sports and Tourism) won the first place among young men, his result – 68 repetitions.

Economic Crisis Pushes Many Workers into the Informal Labor…

The first event at the Center for Cognitive Development of Children

India Education Diary Bureau Admin Jun 20, 2021
Hyderabad: The World Bank Board of Executive Directors has approved a $250 million project to improve the quality…