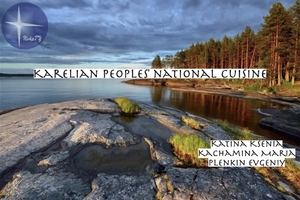 Results of the spring stage of the “Unknown Karelia” competition

On June 8, our region celebrates its birthday – the Day of the Republic of Karelia. Karelia is known as the land of lakes and forests, the land of white nights and the birthplace of the amazing Kalevala epic.
On the eve of the Day of Karelia, teachers of the Department of Foreign Languages ​​of the Humanities of Petrozavodsk State University OM Sherekhova, TM Tatarina, LN Yusupova and OV Vikulina summed up the results of the second round of the video project competition among PetrSU students “Unknown Karelia”. The spring stage took place from March 1 to June 1 this year. Author’s video projects on various genres and topics were accepted. Having passed the jury’s evaluation selection, the best projects were published on the Youtube channel of the competition.

During the preparation of competitive projects, students study the history of Karelia, questions of the identity of ethnic groups represented on the territory of our region, riddles of the origin and development of villages, the peculiarities of the Karelian language and culture, get to know each other and acquaint each other with the way of life in villages, local little-known sights, traditional occupations and dishes of national cuisine.

According to the results of the competition, the winners were projects in the genre of video blogs on the topic “National cuisine of the peoples of Karelia”: