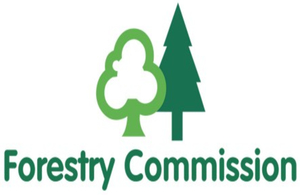 Richard will start the role in August, replacing current Chief Executive Ian Gambles who will leave his post in May.

I am delighted to be appointed to the role of Chief Executive of the Forestry Commission, which combines my love of the countryside with the challenge of helping to deliver a strategy which will bring a tangible benefit for the nation and the environment.

I look forward to learning from the nation’s experts across the Forestry Commission about sustainable forestry, and how together we can realise an ambitious vision for trees and woodlands in and around our towns, cities and rural areas.

Being a part of an organisation at the forefront of the Government’s agenda for carbon and climate change, to improve the environment and to build the green economy is a real motivating factor. There is no doubt there are exciting times ahead for the Forestry Commission, which I much look forward to.

Richard’s appointment is excellent news for the Forestry Commission and the wider forestry sector.

I am confident he will bring the experience and ambition required to lead our organisation as we embark on one of the most important periods in our long history.

Richard is passionate about the countryside and improving the environment and joins the Forestry Commission after a long and distinguished military career. He has held a series of leadership roles within the military, including Senior British Loans Services Officer in Oman, advising the Sultan on strategic defence and security, and General Officer Commanding Regional Command.

Richard Stanford biography
Richard began his military career in 1987 in the Welsh Guards and saw active service during the Troubles in Northern Ireland, the Balkans, Iraq and Afghanistan
He was appointed a Member of the Order of the British Empire in October 1993 and was later appointed a Companion of the Order of the Bath in the 2021 New Year Honours.
Richard’s most recent leadership positions include Senior British Loan Services Officer and General Officer Commanding Regional Command.
He has had a longstanding passion for the environment and the countryside and looks forward to applying his skills, ambition and expertise to leading the Forestry Commission.
The Forestry Commission
Established a century ago, the Forestry Commission (FC) is the non-ministerial government department responsible for protecting, expanding and promoting the sustainable management of woodlands.
The Forestry Commission works with two agencies: Forestry England, which manages the Public Forest Estate, and Forest Research, the principal organisation for forestry and tree related research.
Forestry is a devolved matter, with a range of agencies leading the sector in the devolved administrations. The Forestry Commission leads the sector in England and looks after the English Public Forest Estate through Forestry England. Forestry Research continues to operate across the whole of Great Britain.
Further details about the Forestry Commission structure can be found on gov.uk.