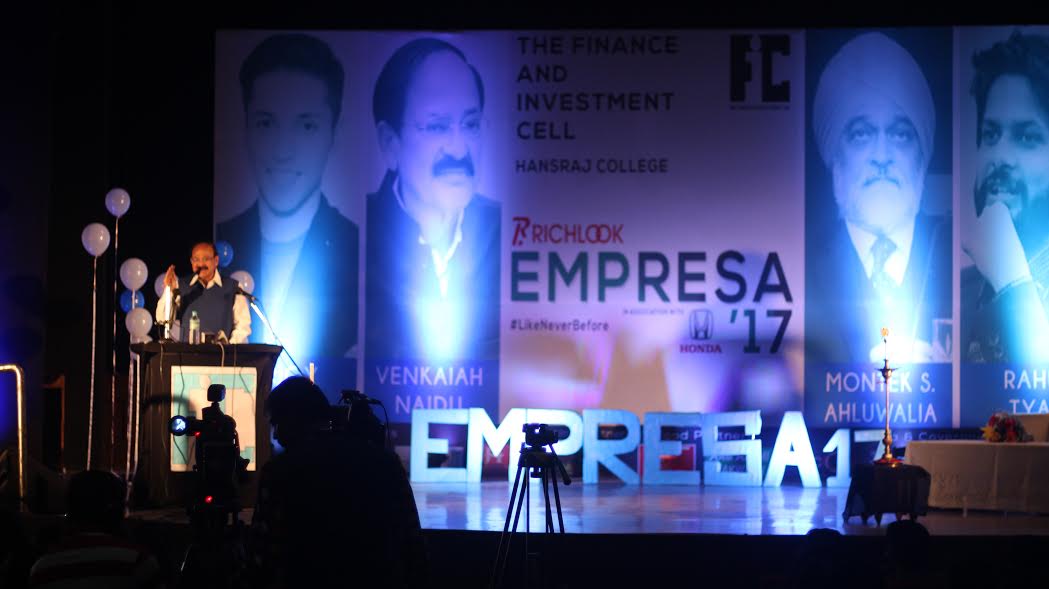 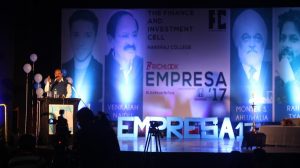 New Delhi: The Finance and Investment cell,Hans Raj college in association with Richlook had organised its flagship event “ Empressa’2017” last week of Feb, The event started off with the lighting of the lamp ceremony by Dr. Rama, Principal; Dr. Bharat Bhushan, Convenor of FIC and Mr Montek Singh Ahluwalia, Deputy Chairman of The Planning Commission. It was followed by the session of Dr.
Montek Singh Ahluwalia. The scholar gave the gathering, an insight into the recent economic developments and state of the Indian economy, addressing the queries of those who were eager tobe enlightened by his knowledge.

Slated for number two was Shri Venkaiah Naidu, Minister of Urban Development of India who gave a

talk on the will to achieve goals, citing examples from his own past. He also explained the recent

steps taken by the government, calling demonetisation a bitter pill to cure long term illness. His one liners like “Go, Learn, Yearn and Come Back; left us all in admiration of his intelligence”.

University of York: York academic drives to Ukraine border to provide equipment and…

iednewsdesk May 18, 2022
A University of York academic has helped deliver vital aid and medical supplies to the Poland-Ukraine border.Dr…