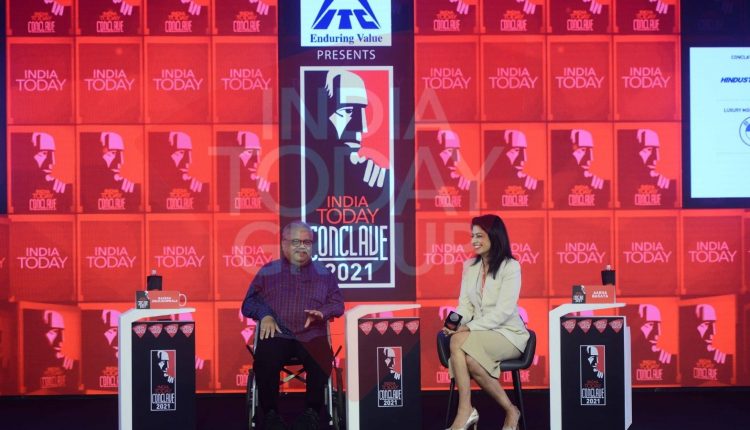 ‘Risk is essence of life’: Rakesh Jhunjhunwala says no reversal in bullish trend in markets

On global trends in stock markets, Jhunjhunwala said, “It is not that India’s time will come. Hamara time aayega nahin, hamara time aa gaya hai. Our time has arrived.”

He, however, said there will come a time when a correction would take place but that time cannot be predicted. Jhunjhunwala said markets cannot be accurately predicted all the time.

Both Sensex and Nifty have been on a dream run for quite some time now. Sensex on Friday ended above 60,050 points while Nifty was at about 17,900.

Speaking at India Today Conclave 2021, Jhunjhunwala said stock markets were full of risk. “Risk is the essence of life. If you don’t [take] risk, you are nothing.”

He said an investor was required to take risks. “Market and cooking can’t be taught. It is to be learnt self,” Jhunjhunwala said.

Trend Micro Evaluated as Having the Highest Score in Current…

Rakesh Jhunjhunwala said most investors don’t listen to those offering advice on investing in stocks. The risk-reward ratio has to be understood carefully while making investment in stocks.

Where there is risk, there is opportunity, he said. Jhunjhunwala said, “There is the same sign in Chinese for crisis and opportunity.”

On Meeting PM
Rakesh Jhunjhunwala met Prime Minister Narendra Modi earlier this week. A photograph of the meeting had gone viral on social media with some asking why the prime minister had met a share broker.

“I pay $1.5 million a year in brokerage, I am not a broker. Why the prime minister met me, you would have to ask him,” Jhunjhunwala said.

On the photograph going viral, Jhunjhunwala said, “It was just a white shirt, which I got ironed by paying Rs 600 rupees when I got to meet the prime minister.”