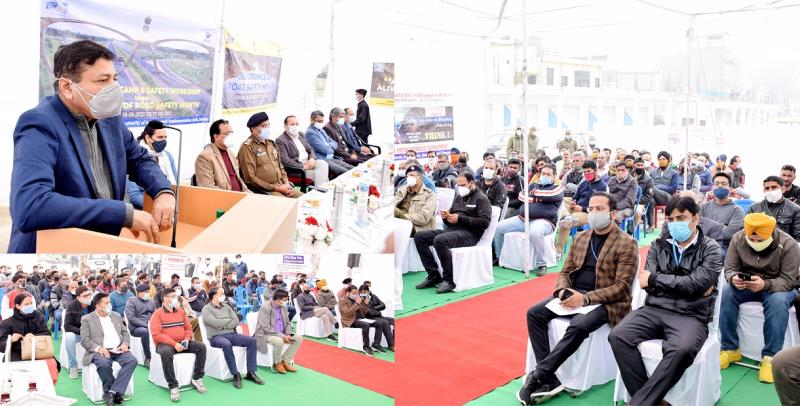 The camp was organized by the Motor Vehicles Department in collaboration with the National Highways Authority of India.

A team of doctors examined more than 100 drivers and conductors and checked their blood pressure, sugar level and eyesight.

In his inaugural address, the DC said that the Motor Vehicles Department, Samba, has intensified awareness drive across the district to sensitize the people, especially drivers and conductors about adherence to traffic rules as well as road safety measures.

The DC urged the transporters and motorists to cooperate with the enforcement authorities in regulating traffic on roads to ensure safety and convenience of the public. He also sought their cooperation in avoiding traffic congestion in the town by avoiding roadside parking.

Earlier, a group discussion was also held between drivers, conductors and officers, in which various issues about traffic norms raised by the participants were discussed in detail.