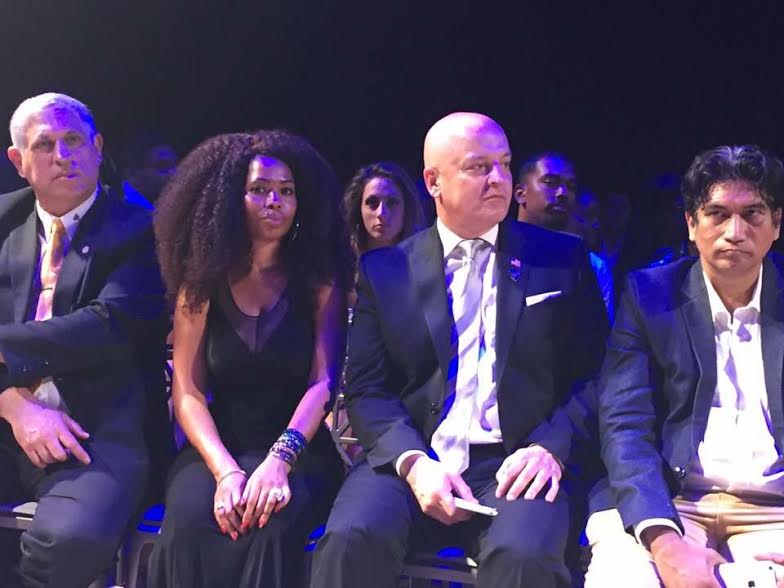 New Delhi: Robby Wells, the U.S. Democratic Party’s Presidential candidate for the 2020 elections who was the Guest of Honour and put-up an inspiring speech at the Paris Appreciation Awards 2017 which was held atop the iconic Wonder of the World, the Eiffel Tower. The event was organised and executed by La Marque advertising and marketing agency, Paris.

Wells appreciated the fact that this event will be recorded in history as the first ever awards programme to have been held on any Wonder of the World and chose the wonderful and iconic Eiffel Tower to formally announce and introduce himself to the world community of his 2020 US Presidential campaign, christened as RiseUp.

The august audience present at this unique awards event were spellbound by the speech which was as inspiring as it was forthright in its appeal as Wells touched upon burning issues of international concern like the Paris Agreement and global terror. He further stated that not only will America ensure and secure peace and happiness for its people. He would also look to ensure that the terror groups would be annihilated and contained in order to ensure world peace.

Satish Reddy, the Managing Director of the World News Network, under whose initiative the event was held, quipped, “We are honoured and extremely happy that the US Presidential candidate has chosen our awards event at this iconic and marvellous venue on top of the Eiffel Tower to formally announce to the international community at large and the American people back home of his election Campaign, “A big thank you to this amazing personality. World News Network wishes him stupendous success with his RiseUp Campaign.”