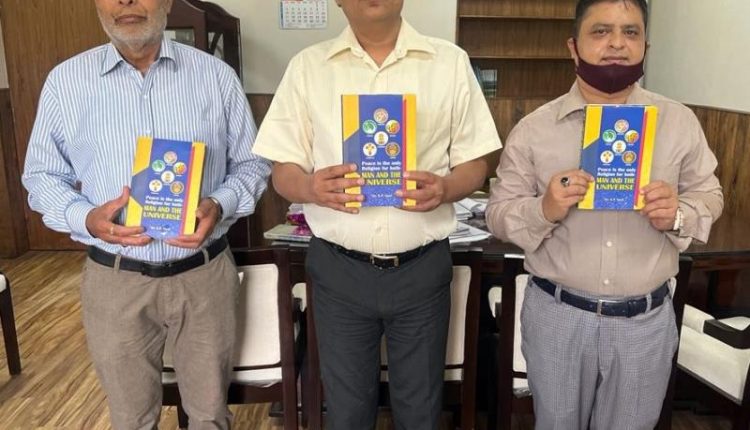 JAMMU : Principal Secretary Higher Education Department, Rohit Kansal released a book titled ‘Peace is The Only Religion for both- Man and the Universe’ today. The book has been authored by the late Dr Satya Pal Vaid and was released in presence of his brother Narinder Kumar Vaid and son Ajay Vaid.

Dream of Democratic decentralization realized with…

The book touches themes like universal coexistence and human values and was appreciated by the Principal Secretary. The book has been released posthumously on the author’s last wish with efforts of his family.

Previous titles authored by Dr Satya Pal Vaid also include: How Partition Rocked J&K; Socio-economic Roots of Unrest in J&K; Paharis of J&K: An analytical study and Sagaof Colourful Tribes: Gujjar and Bakerwal among others.

Ajay Vaid has also written books on self employment, environment and drug de-addiction.

Dream of Democratic decentralization realized with implementation of 73rd Amendment…

Dream of Democratic decentralization realized with implementation of 73rd…