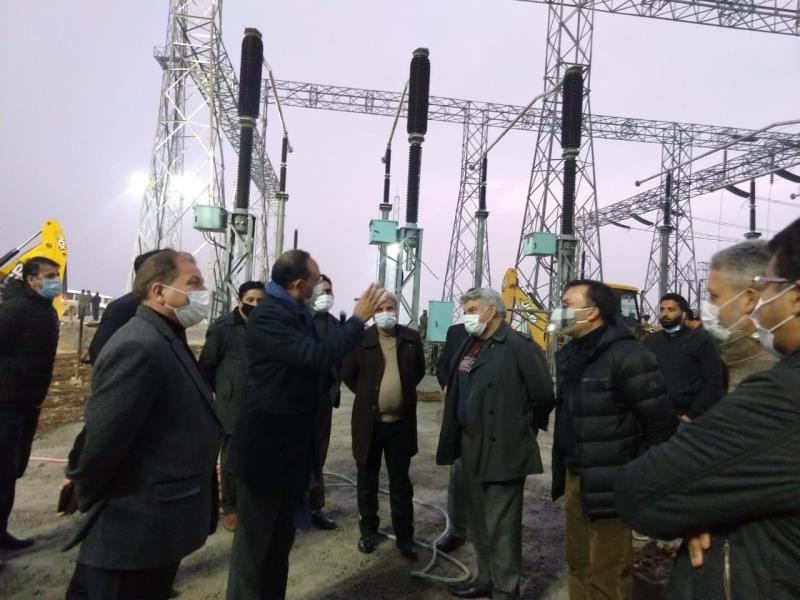 Principal Secretary was given firsthand appraisal by the SE O&M Circle Ganderbal and concerned Engineer from Bandipora about the power scenario of twin districts besides status of languishing projects and progress on centrally sponsored schemes in both the districts.

He said that PDD being the vital sector is receiving focused attention from the government. He stressed upon the concerned engineers to maintain discipline in functioning of the department and said that no laxity would be tolerated on part of any official with regard to regulation of power supply to the people.

in Ganderbal and concerned briefed the Principal Secretary about the physical and financial progress on these projects.

While underlining the importance of these projects of the department in twin districts, Principal Secretary said that adequate infrastructure has been created to improve power scenario across J&K and said these projects after completion shall establish a robust power supply mechanism in both the districts. He directed the concerned SEs to take periodic review of pace of progress on the projects to ensure their early completion.

Rohit Kansal emphasized upon timely Bill delivery to the consumers and asked the concerned officers to keep their activities at maximum to plug power pilferage. He exhorted upon the Executive Engineers to ensure load agreement is brought to realistic figures as per the usage and requirement of the consumers to enable government ensure round the clock electricity availability in the districts.

To ensure uninterrupted power supply to the consumers especially in winter season in both the districts, Principal Secretary directed for taking intensive drives to seize crude heaters and asked the DCs to provide all possible support to the department in this . He also asked for initiating instant legal action against those who are involved in manufacturing and sale of such gadgets which are already banned.

Principal Secretary also reviewed the functioning of Transformer Repair Workshops in both the districts and directed the concerned to take all necessary measures to augment the repairing capacity of the workshops so that damaged transformers are repaired within a shortest possible time.

On the occasion, Principal Secretary also took stock of functioning of Power Development Corporation. He instructed the concerned to speed up the pace of work on ongoing projects. He asked them to work in unison with district administration and remove bottlenecks, if any, for timely completion of the projects.