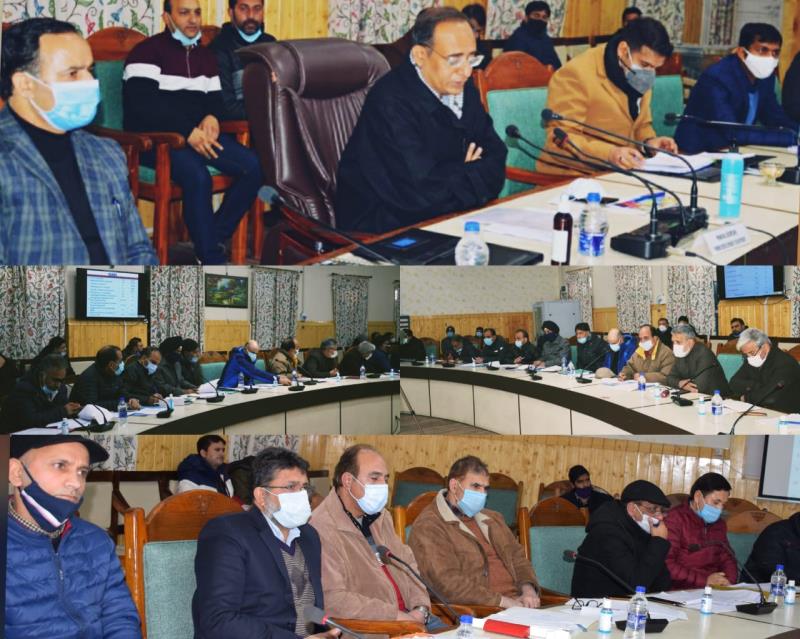 Kupwara : The augmentation of the capacity of Grid station at Delina Baramulla will be completed within this month. This was decided in a review meeting chaired by Rohit Kansal, Principal Secretary to Government, Power Development Department at Kupwara. Kansal was on a day long extensive tour of Baramulla and Kupwara.

With this augmentation, the capacity of Delina Grid Station would double from existing 160 MVA to 320 MVA. This in turn will significantly enhance the power supply position to Baramulla and Kupwara districts and bring relief to the people of the twin districts. Later in the day, the Principal Secretary visited the Grid Station, Delina and took stock of 160 MV augmentation project. He complimented the engineers and staff for the efforts and exhorted them to complete the work by Dec 31, 2020.

In another significant decision, it was decided that 10.5 MW small hydro electric project would be constructed at Mohra, Baramulla. Secretary PDD said that Mohra HEP shall be taken up for construction by J&K Power Development Corporation and the work is expected to be allotted as early as March 2021.

Earlier in the day, the Principal Secretary to Government, also reviewed in detail the power scenario of two remote districts of Kupwara and Baramulla and issued directions to the engineering staff to streamline the power system and remove the difficulties by taking additional measures.

Principal Secretary also gave directions to augment the capacity of District level workshops so that 400KVA transformers are also repaired without referral to the Central workshop. Principal Secretary to Government, Power Development Department stated that the overall objective of the department is to minimize the power outages during winters so that the people do not face inconvenience.

Reviewing the progress of ongoing works, the Principal Secretary, asked the engineers to complete all ongoingprojects under languishing projects head by Feb 15, 2020. He also directed that the projects under DDUGJY and PMDP Urban must be completed by end of March 2021 in all towns and immediately handed over to the distribution corporation for installation of meters in these towns to achieve the target of 100% metering.

The meeting also reviewed the revenue realization in the twin districts and the engineers and other field staff were directed to improve revenue realization and to take action against wilful defaulters. Instructions were given for improving billing efficiency and taking action for non-payment of dues against habitual offenders.

Later Rohit Kansal inspected the ongoing construction of 33/11 KV Galizo Kupwara, Sub Station being constructed under IPDS/PMDP Project. On the occasion, the Principal Secretary was informed that Project is being constructed at a cost of Rs 4.28 cr and shall be completed by 31st January 2021. He was further informed that after Commissioning of the Project, it will relieve load on Tikker station and improve power supply in the district.